As the motorsports industry continues to face mounting threats to its existence, these Founding Members share the reasons why they pledge their full support to our right to race with a PRI Membership.

Flip or scroll through the sports news, and the headlines covering racing are always about the winners. The individuals. The exceptional talents.

But the stories behind the headlines reveal the accomplishments of the crews, shops, supporting teams, and organizations that enable the winners…to win.

Without a doubt, PRI is racing’s critical enabler. We are the organization that builds, promotes, and protects the racing community to ensure that race/win headlines remain a part of our industry’s future.

Given the current regulatory environment, however, that future is by no means guaranteed. (Have you tried shopping for long-tube headers lately?) And that is why we have taken our place as the chief guardian against threats to the motorsports community. What this means for the industry as a whole, and its many tributaries that extend into regional and local markets, is that we are focused squarely on you, and your business, whether your annual revenues number $100,000 or $1 billion.

This vision and inspiration to meet our industry’s call is why we started developing a membership program two years ago. The official membership drive launched in March, and the roster is growing.

We are strongest when we’re all united as an industry. Plus, our collective political voice and economic power is more influential. A decision to join PRI is a clear message that you stand with industry members and fans to protect and grow the lifestyle that we all love. Coming together to unify the racing industry is our best chance to navigate the challenges we face today and tomorrow, and to get results.

On the following pages you’ll hear from some of the first to join PRI’s mission—the early adopters who came on board as Founding Members—in recognition of the benefits to the industry, as well as to their own companies.

These Founding Members also identified something unique that came with their level of involvement, namely an organized ability to network with other industry leaders. The first official Founding Members’ event will be held at this year’s PRI Trade Show in Indianapolis.

While this special reception will mark the return of our in-person Show, it will also include an exclusive, state-of-the-industry presentation covering the latest economic and government affairs developments. Just as important, there will be face-to-face networking as well as opportunities to interact with key representatives from governmental business development teams, the banking world, and venture capital firms.

Business leaders know the value of making connections and gaining exposure to critical insights that steer markets and decision-making. And so does the PRI team, which is why we’re making PRI Founding Member status available, for a limited time, for $25,000 (with a payment option of $2,500 per year over 10 years). In other words, for the cost of a small Facebook advertising campaign, your company could position itself at the forefront of our industry.

That’s the value Moser Engineering, CP-Carrillo, Racing Optics, and Motor State Distributing realized. These companies were among the first out of the gate and onto PRI’s Founding Member roster.

As you read more about these industry leaders, consider the practical and affordable membership options our team has for your company, or for you as an individual. With your involvement, we will continue to build, promote, and protect your livelihood, as well as the prosperity of the entire racing and aftermarket community.

If you build race cars, Moser Engineering likely needs no introduction because the company is so widely known for its American-made driveline components. And when Moser displays “made in the US,” that includes the steel and its own custom alloys used to create axle forgings and axle housings. Founded by Greg Moser in 1986, and now operating out of a 100,000-square-foot production facility in Portland, Indiana, the company is also known as a rapid-turn, low-volume manufacturer, and for being a quality distributor of aftermarket driveline and performance parts. 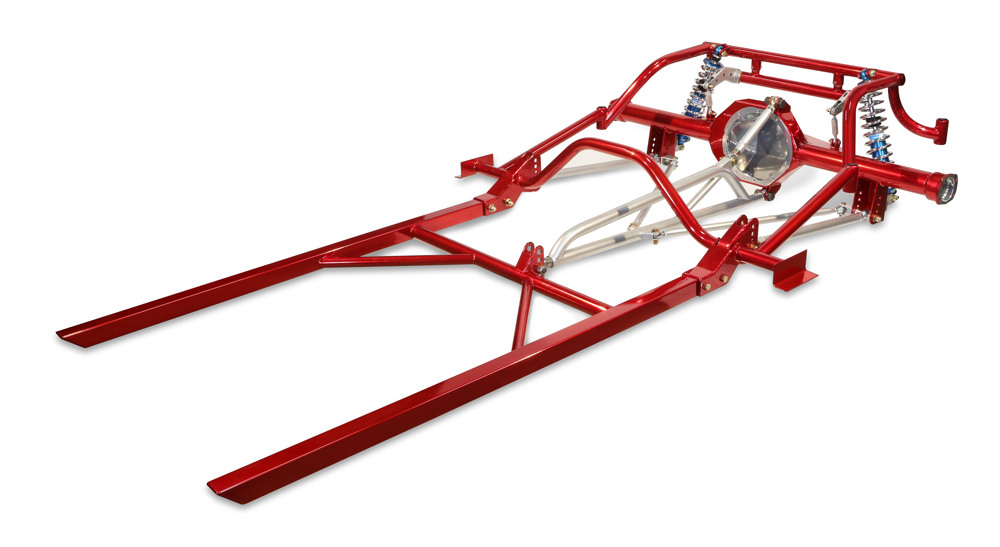 Marketing Director Jeff Anderson clearly articulated why his company became PRI’s first Founding Member: “We see many challenges ahead for the industry, both here in the US and abroad. The challenges range from the threat of overseas competition from an uneven playing field, to economic trade policies including managing the balance between free markets and industrial policies that can sometimes be detrimental to certain segments of our economy. We need to be thinking about these policies, as it will affect our industry in the future.” 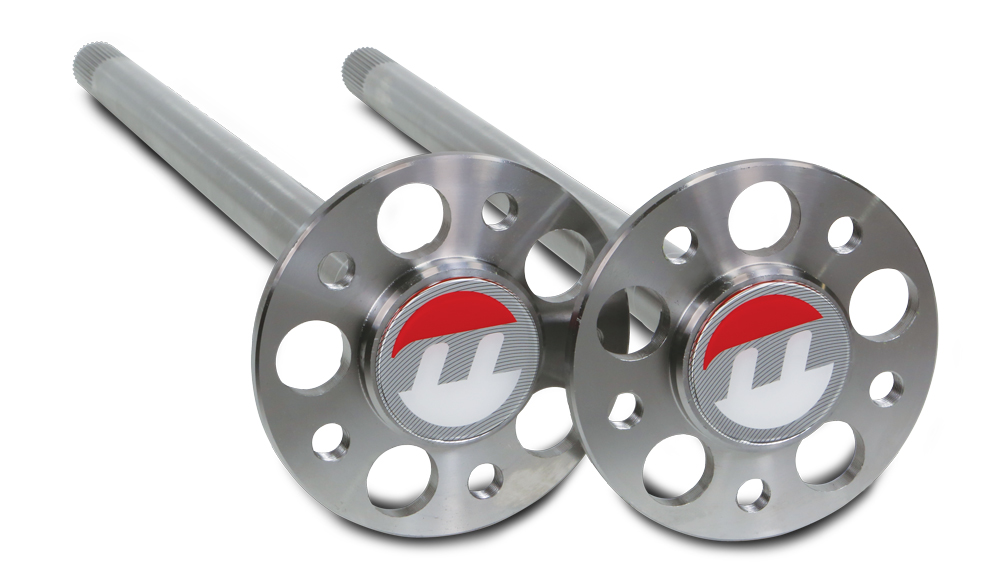 Like so many in the industry, Moser Engineering has faced its share of business challenges over the decades, including inferior, cheap, and counterfeit parts. With its Founding Member status, the company recognized that PRI would amplify its voice to a level that policymakers couldn’t ignore.

From its inception, CP-Carrillo has dedicated its efforts to the motorsports industry, so the choice to become a PRI Founding Member was easy. Peter “Snake” Calvert, president and CEO, stated the company’s position simply: “Our valued successes are attributed to decades of hard work in racing, good employees, quality products, and great service—and the PRI platform shares that vision!”

To understand the long-term success CP-Carrillo has earned is to understand that to win races, everything in an engine needs to work together to produce reliable power. This applies doubly to reciprocating assemblies of pistons, rods, pins, rails, rings, and more. Working out of their expansive facility in Irvine, California, the CP-Carrillo team—members of Pankl Racing Systems—brings cutting-edge technology together with traditional hand craftsmanship to produce some of the industry’s highest performing rods and pistons that work together from the outset. The pairing of pistons with rods is a unique CP-Carrillo product advantage. Its approach has earned CP-Carrillo records and wins to rival (or surpass) any other piston or rod manufacturer. 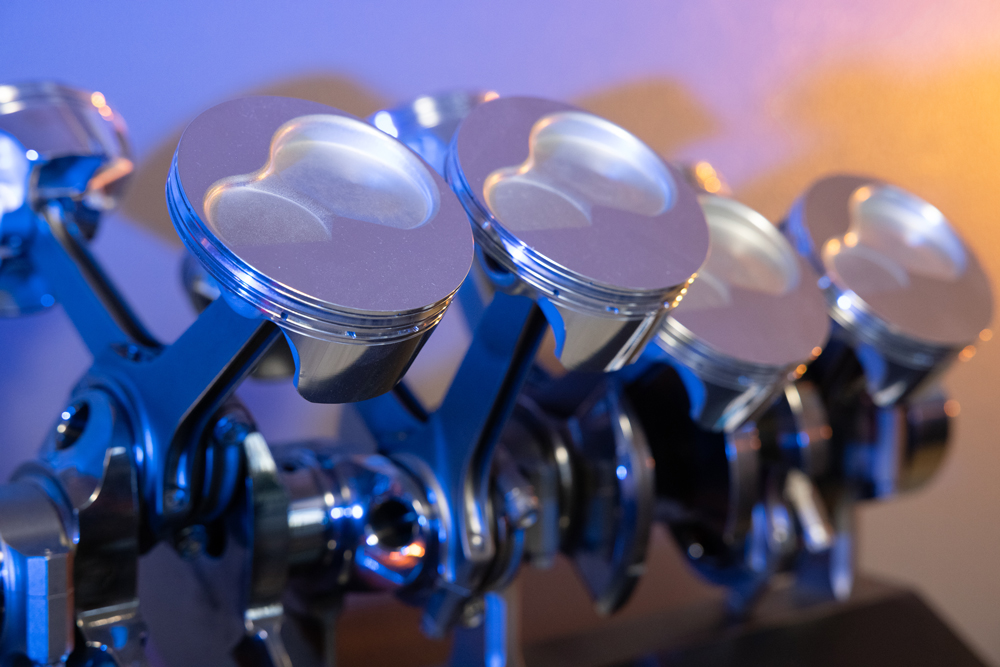 The company’s foundation was laid in 1963 when Fred Carrillo took a no-compromise approach to manufacturing connecting rods. The Calvert brothers formed CP Pistons in 1998, and the two companies joined forces in 2008 to continue improving and innovating for their customers across the racing spectrum, from Formula 3 to drag racing, and from Supercross to vintage.

Beyond its products, CP-Carrillo is dedicated to the racing industry at all levels. The company works closely with local high schools and colleges via internships, employment, and sponsorships. At the legislative level, the company fully supports the RPM Act, as well as PRI’s lobbying efforts at large.

If you can’t see your goal, you’ll never reach it. Born out of practicality, Racing Optics’ multi-layer laminated tear-offs have become a fixture in professional and amateur racing. Racing Optics helps racers keep their goals in clear view, and in that, sees its role as one that’s parallel and aligned to PRI’s.

Quality optics that perform in racing require ultra-precision laminating, coating, die-cutting, and laser technologies, and Racing Optics excels at providing a broad line of products with the performance and reliability customers demand. The products are used widely in the racing industry, and by partners including the US military, 3M, GE, Oakley, Rawlings, Scott, Smith, Spy, Bell, Shoei, Schuberth, and Arai as OEM customers for diverse applications from visor shields to windshields.

As the company’s expertise has evolved, it applied the same technology to other industries, improving safety and performance wherever visibility is critical. For example, in response to the pandemic, the RealShield PPE line was introduced.

Founded in 1999 in Orange County, California, Racing Optics, Inc. is now located in Las Vegas, Nevada. The company has continued to expand into other markets, building on the legacy of the Wilson family in racing. The Wilsons have deep motorsports roots, going back to the 1940s when Dempsey Wilson began building and racing roadsters. The senior Wilson was a founding member of SEMA, and his sons Bart and Steve chose to honor their father’s vision (and ensure their business’ success) by becoming a PRI Founding Member.

If you were an exhibitor at the very first PRI Show in 1988, chances are Motor State Distributing founder George Lane walked past your booth. Back then Lane would have been shopping for his company, Lane Automotive, a part-time speed shop he ran out of his garage. 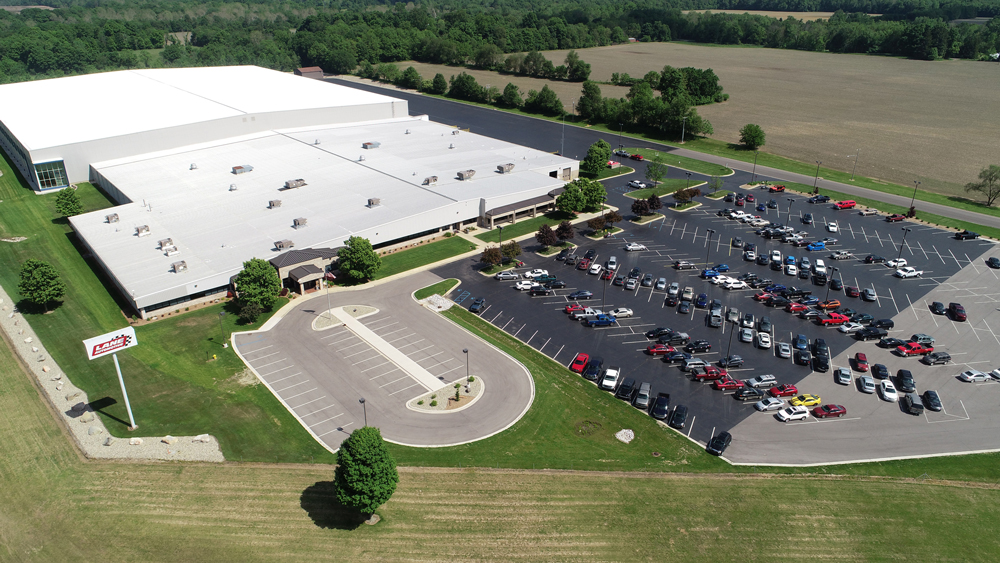 Like most in the performance industry, Motor State Distributing has experienced firsthand the impact of constantly changing environmental and regulatory requirements, including EPA guidelines to Prop 65. These constraints have prompted the closure of tracks, restricted access to performance parts, and led to increased costs for many manufacturers. The company recognizes the power of PRI’s commitment to pursue reasonable exceptions for race and performance enthusiasts.

As it always has, Motor State sees a bright future for motorsports, especially if the industry bands together as distributors, manufacturers, and racers. 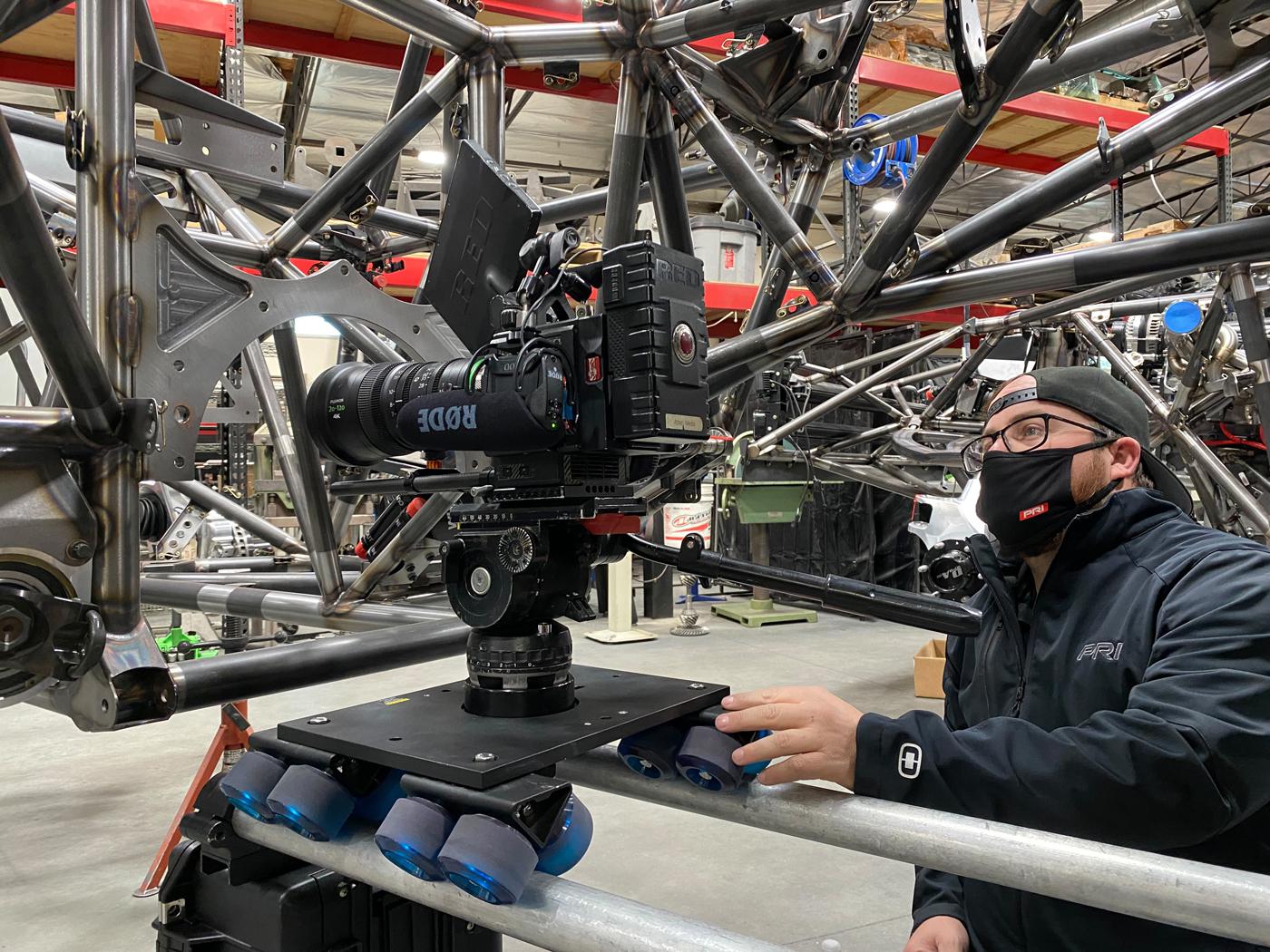 It’s the story behind the stories from those who helped develop, execute, and participate in one of the motorsports industry’s boldest—and most… 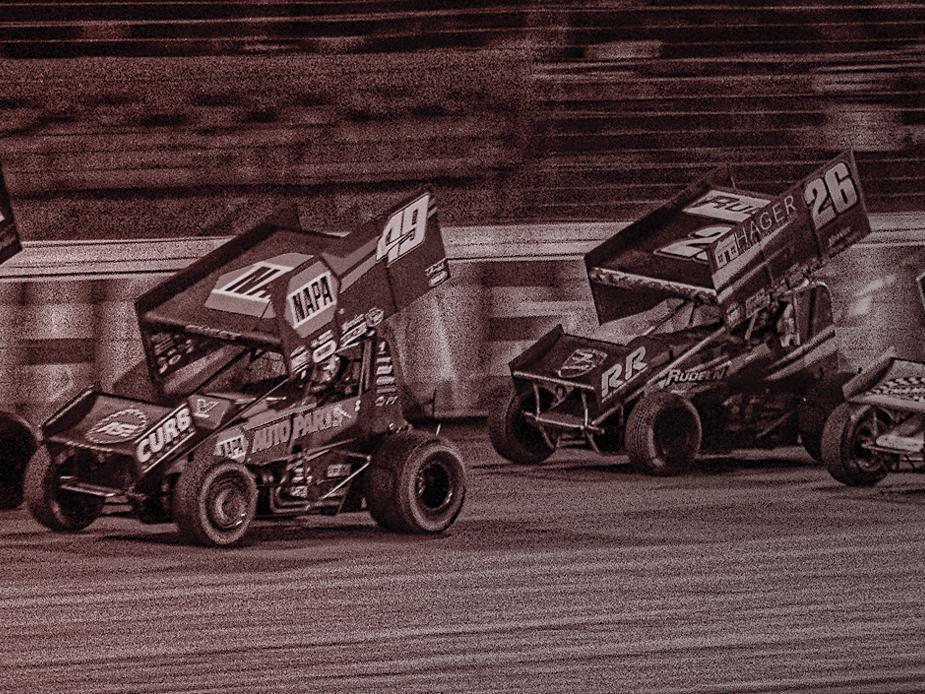 As the motorsports industry continues to face mounting threats to its existence, these Founding Members share the reasons why they pledge their full… 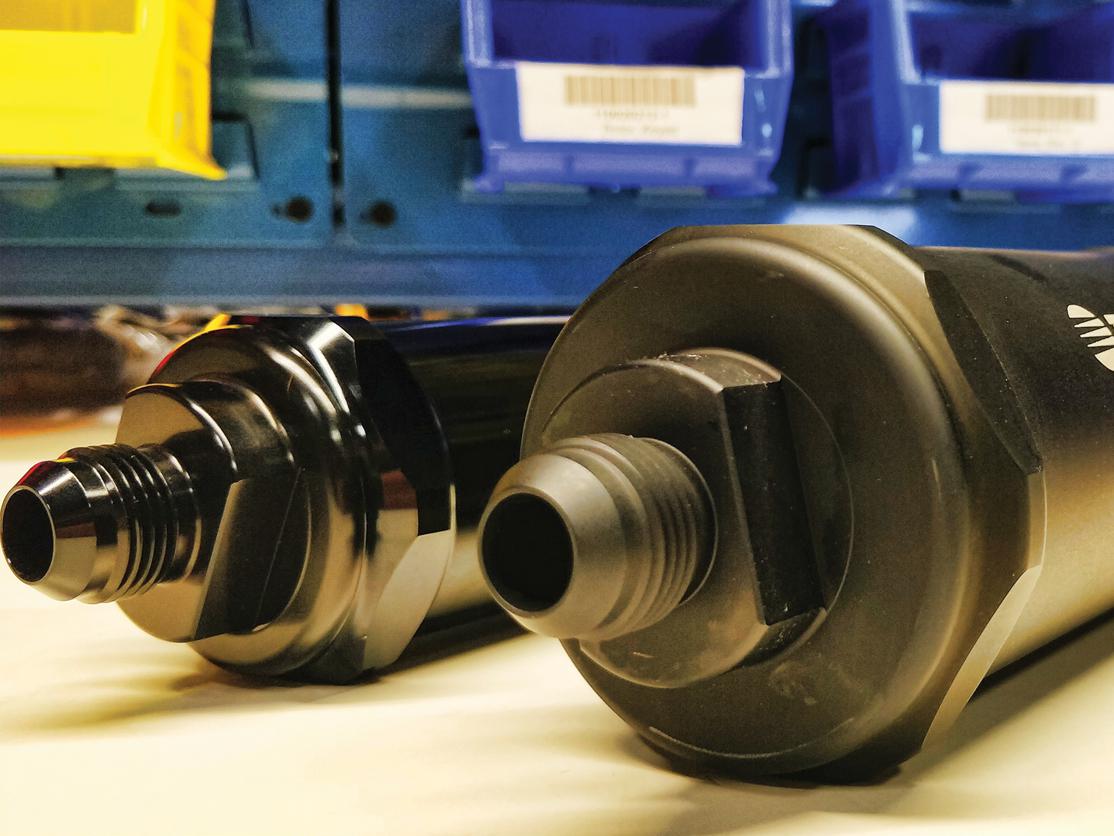