Judging by the number of exhibitors and the size of crowds that filled the just-expanded Las Vegas Convention Center (LVCC), nothing can keep the aftermarket industry from coming back strong. Think a Sportsman car launching out of the hole with a triple-shot of nitrous: That’s the SEMA Show 2021.


SEMA is the place to see the hottest of the hot, judge new products from OEMs and major aftermarket makers, and gauge emerging trends. In the process, walking the literal miles of aisles puts you back in hand-shaking distance of old friends, potential suppliers, and business partners.

Your humble author first attended the SEMA Show in the mid-1990s. That was before NASCAR star William Byron was even a twinkle in his parents’ eyes. I’ve covered the Show as a journalist, exhibited at the Show as a vendor, and worked on the PR side of the business. My air miles to Vegas for SEMA would circle the world, and I’ve eaten more overpriced lunches than I care to admit. There’s certainly something special about SEMA that keeps tens of thousands of exhibitors and buyers coming back year after year.

Over the years, you could watch OEMs push their newest models to the SEMA Show floor. Every new generation of Mustang and Camaro got heavy support, as did the launches of new pickups and SUVs. Heck, VW even made a strong showing in 1997 when they introduced the all-new Beetle, another surge in 2012 when the Beetle was refreshed, and yet another huge splash in 2019. If a vehicle is hot in showrooms and can be customized, you’ll see it at SEMA

For 2021, Ford and Toyota swept the SEMA “Vehicle of the Year” categories with the Mustang, Supra, Bronco, Tacoma, and F-Series. It’s a rare year for Chevy vehicles to get skunked. The current process has exhibitors vote for the models they feel are the best and most popular for modifying.

This story’s accompanying gallery and video do a great job at showcasing the eye candy at the event, but a few vehicles merit mention.

OEMs typically trick out new models, so Ford including their new Maverick crossover was a given. But the Tucci Maverick literally stopped Show-goers in their tracks. 3D printed parts amplified the mini truck’s shape, and the heavily dished wheels stood out.

As expected, you could hardly throw a paper airplane in the LVCC and not hit a new Bronco, Bronco Sport, Mustang, or F-Series. But perhaps unexpected, Ford introduced a true crate motor—as in an electric motor crate motor package called the Eluminator—in a 1978 F-100.

The driveline borrows nearly everything important (including two motors) from the 2021 Mach-E GT Performance Edition, and puts out 480 HP and 634 lb.ft. torque. The motors are on sale now from Ford Performance, but you’ll need to source your own battery pack.

Chevy also showed an electric restomod in the form of the familiar HOT ROD Magazine Project X. The social world’s reaction to the electric 1957 Bel Air Project X was mixed, with some ire fueled by the strong sentiments held of those who revere the Tri-Five Chevy. Voices also panned the lack of power (just 340 HP), which isn’t even half the power Project X’s last installation (a 755 HP supercharged LT5 V8 from the 7th Generation Corvette ZL1). The Twitter-sphere also noticed that Ford’s crate motor is on sale, Chevrolet Performance says they're still evaluating the e-crate powertrain system

But Team Bow Tie was not without its stand-out attention-getters. One was Chevy’s new 10.4L, 1,004 HP naturally aspirated V8 known as the ZZ632. The monster engine won SEMA’s Best Performance-Street Product. As everybody knows who plays the game, if you want to stand out, it’ll cost you. In this case, the ZZ632 list price of $37,758 is more than a 2021 Camaro SS.

Regarding concept vehicles, Chevy showcased their Beast, a vehicle that looks like a true-to-life Warthog assault vehicle out of the popular Halo video game. Built off of a Silverado ZR2, the truncated design is powered by the 650 HP LT4 from the C7 Z06 and Camaro ZL1. The Beast was easily Chevy’s best effort.

Toyota pushed the Tacoma with their ultra-cool “Tacozilla” Tacoma Camper. The micro-house overlander is a Toyota-inside-build that drips of cleverness and quality. I especially liked the teak accents and the better-than-factory finishes everywhere. Their GR Supra Sport Top (a 2021 SEMA Sport Compact of the Year winner) concept shows the world what an open-air Supra is like.

It seems like yesterday that I wandered by a tiny booth for a start-up company called AMP Research, but it was really something like 20 years ago. AMP was the first to show a power-retractable side-step for pickups. Today, AMP products are included from OEMs, and can be ordered from dozens of online merchants.

Vintage Air added a FrontRunner compact accessory drive system that works with the oh-so-popular LT1 and LS V8s. LT/LS swaps are so common that Vintage Air knew they could help customers with something not otherwise available in the market.

If you think the fun is over—don’t worry. The excitement of SEMA will carry over for thousands who are already registered for the PRI Show in Indy this coming December. The PRI team talked with countless people at the PRI Booth #22320 in Central Hall and signed up hundreds as new PRI Members. Having the booth at SEMA helped spread the word about how important PRI Membership is to the racing industry, especially when it comes to legislative advocacy, like supporting the 2021 RPM Act.

PRI is continuing with its mission to promote and protect this community with the new PRI membership drive. PRI knows there’s political and economic power in a quantifiable community, which is why PRI membership is so critical.

If you want to take that important, and affordable, step to join PRI, there are options for individuals and businesses, with each contributing to PRI’s strength to fight on behalf of racing. Check out PRI’s new membership options for individuals and businesses here. Plan to attend the 2021 PRI Trade Show in Indianapolis on December 9–11 to catch up with the latest products and services. To register as an attendee for the 2021 PRI Trade Show, visit here. 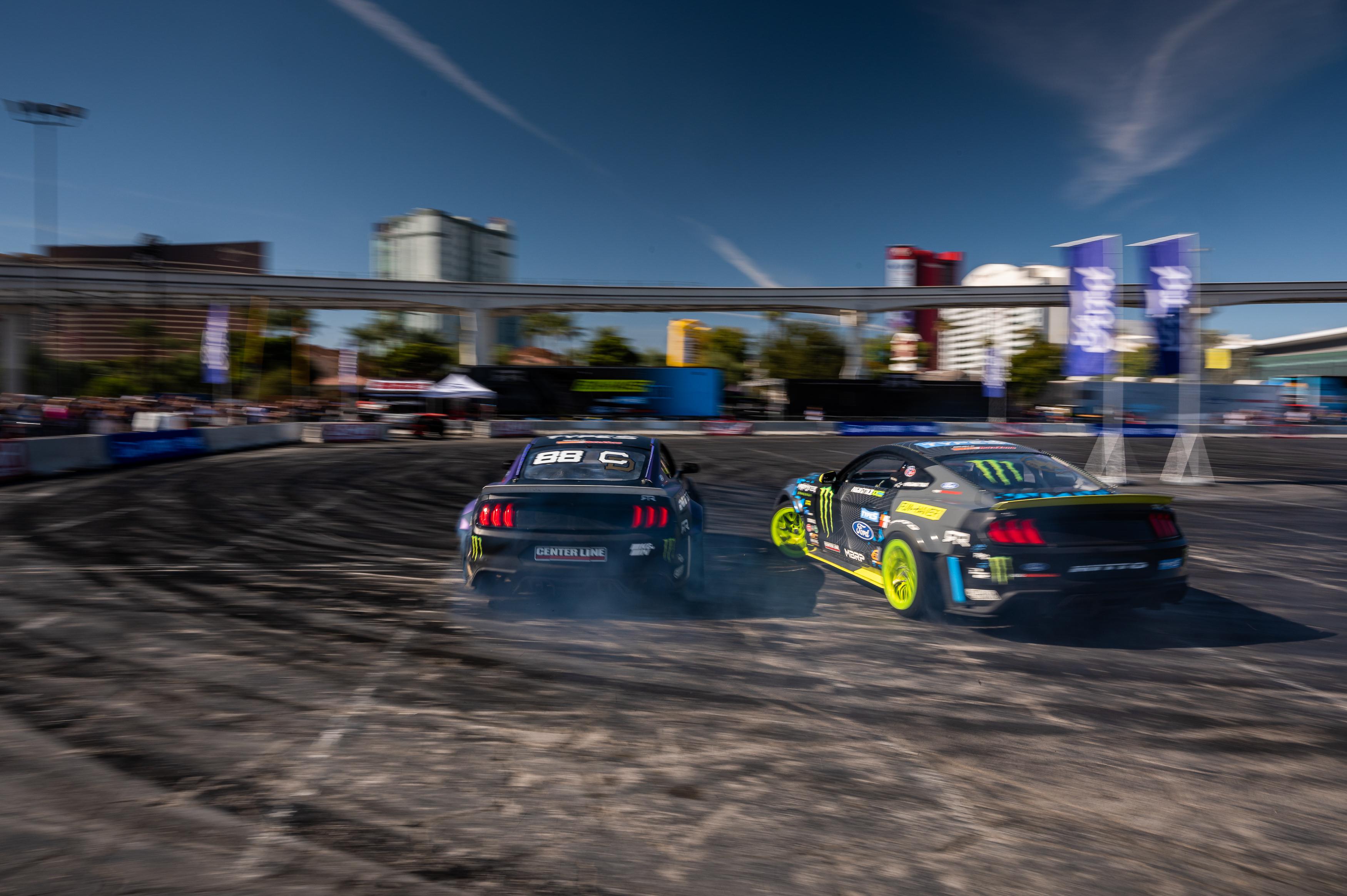 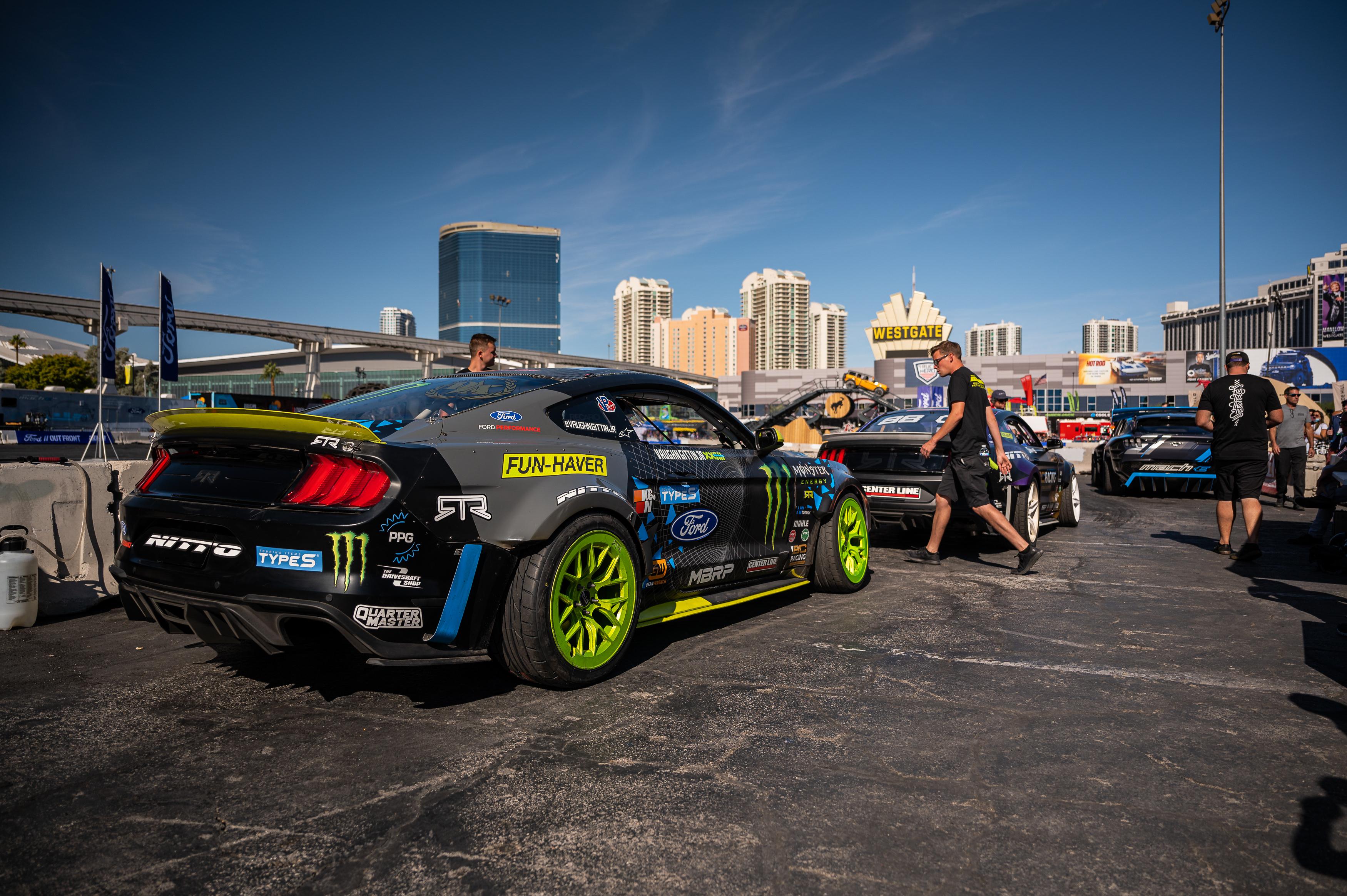 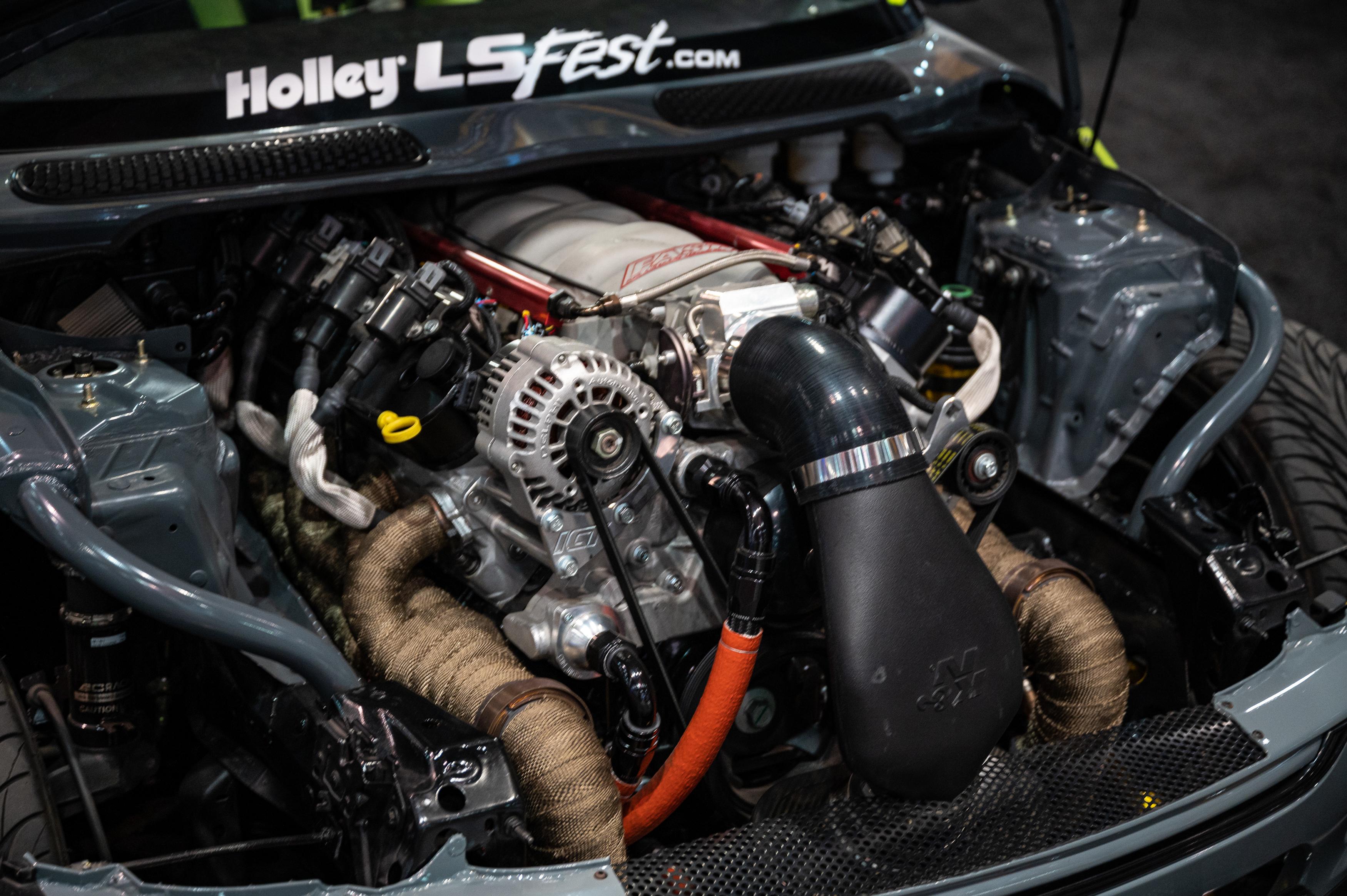 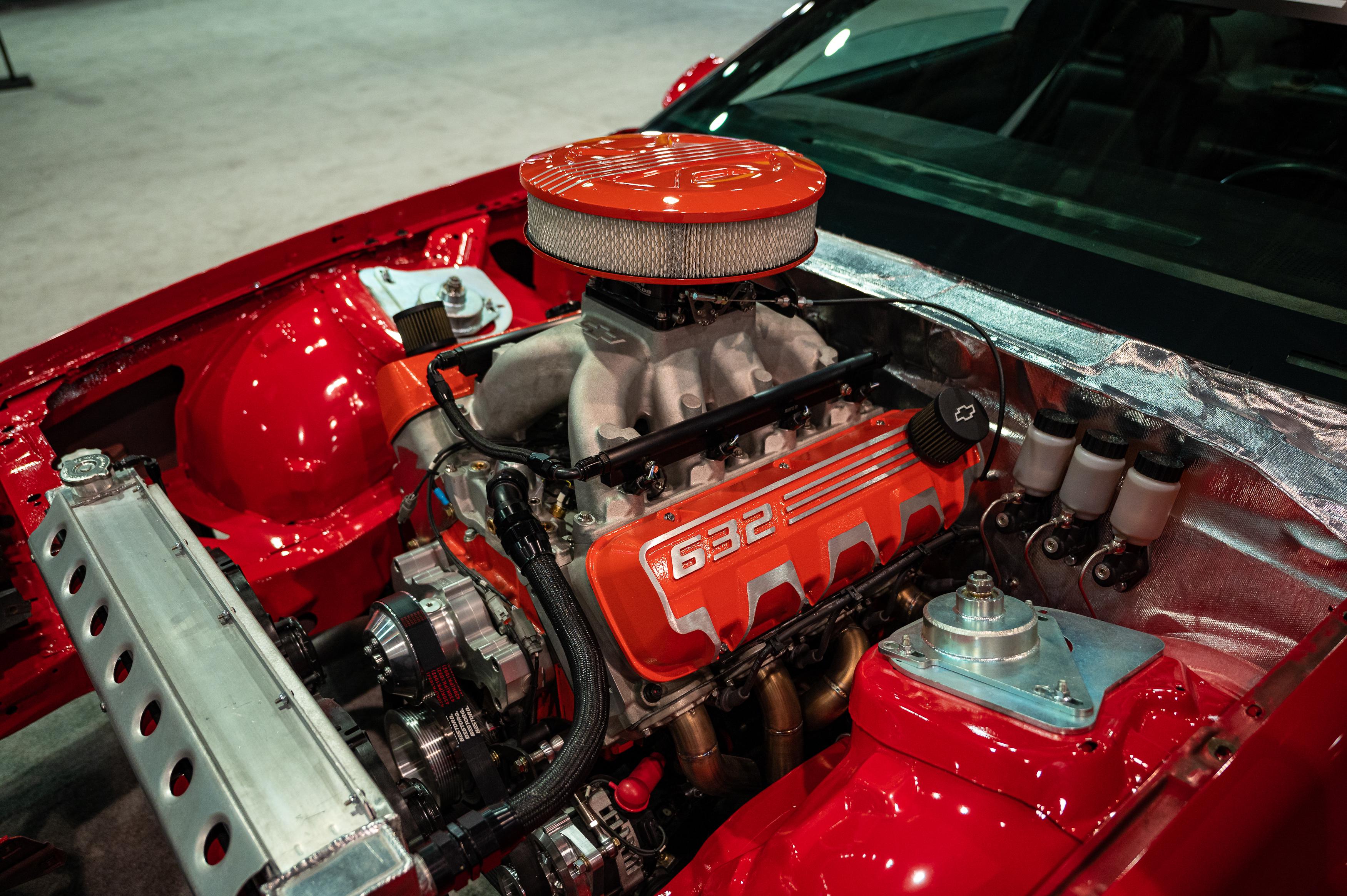 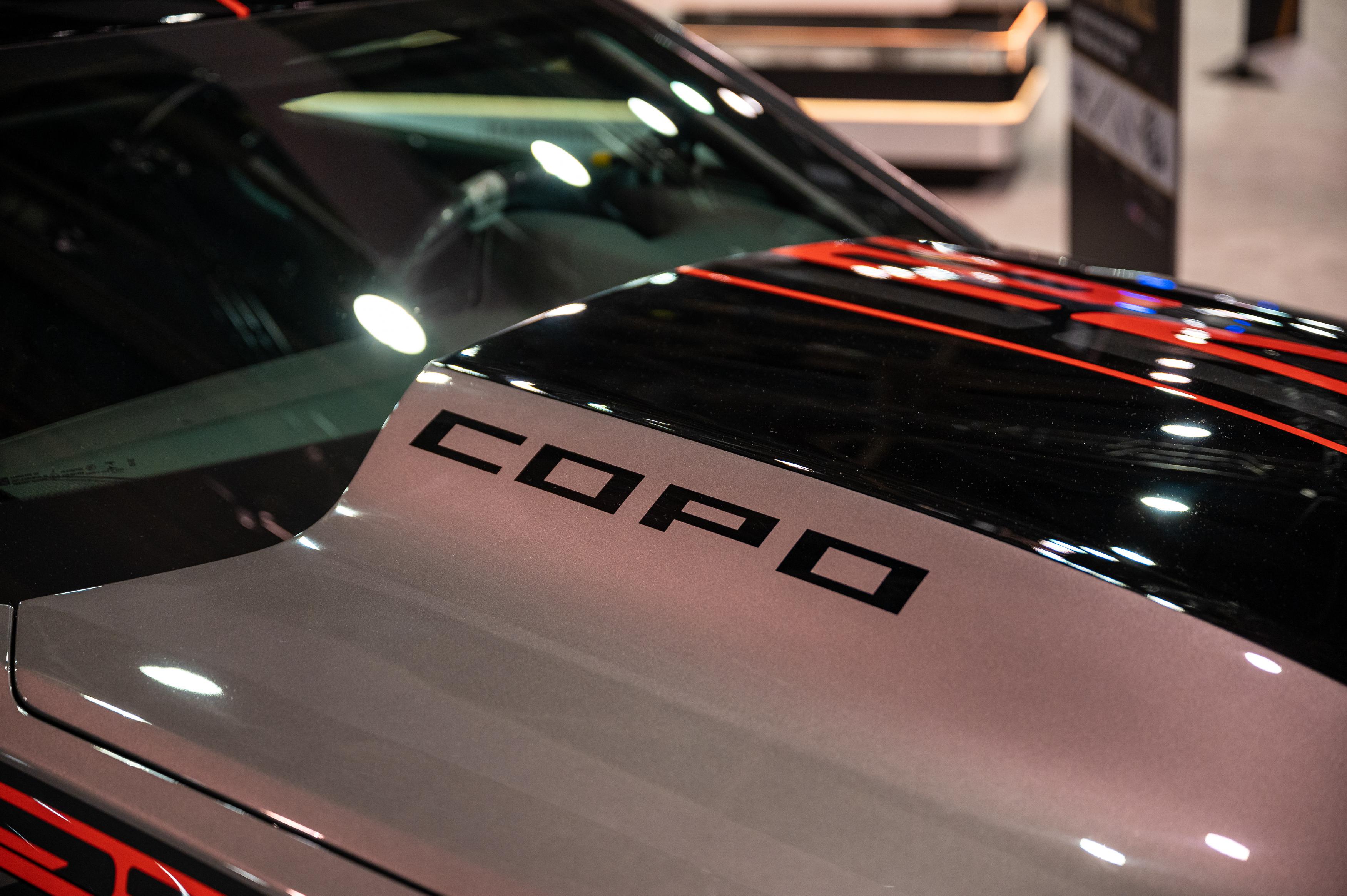 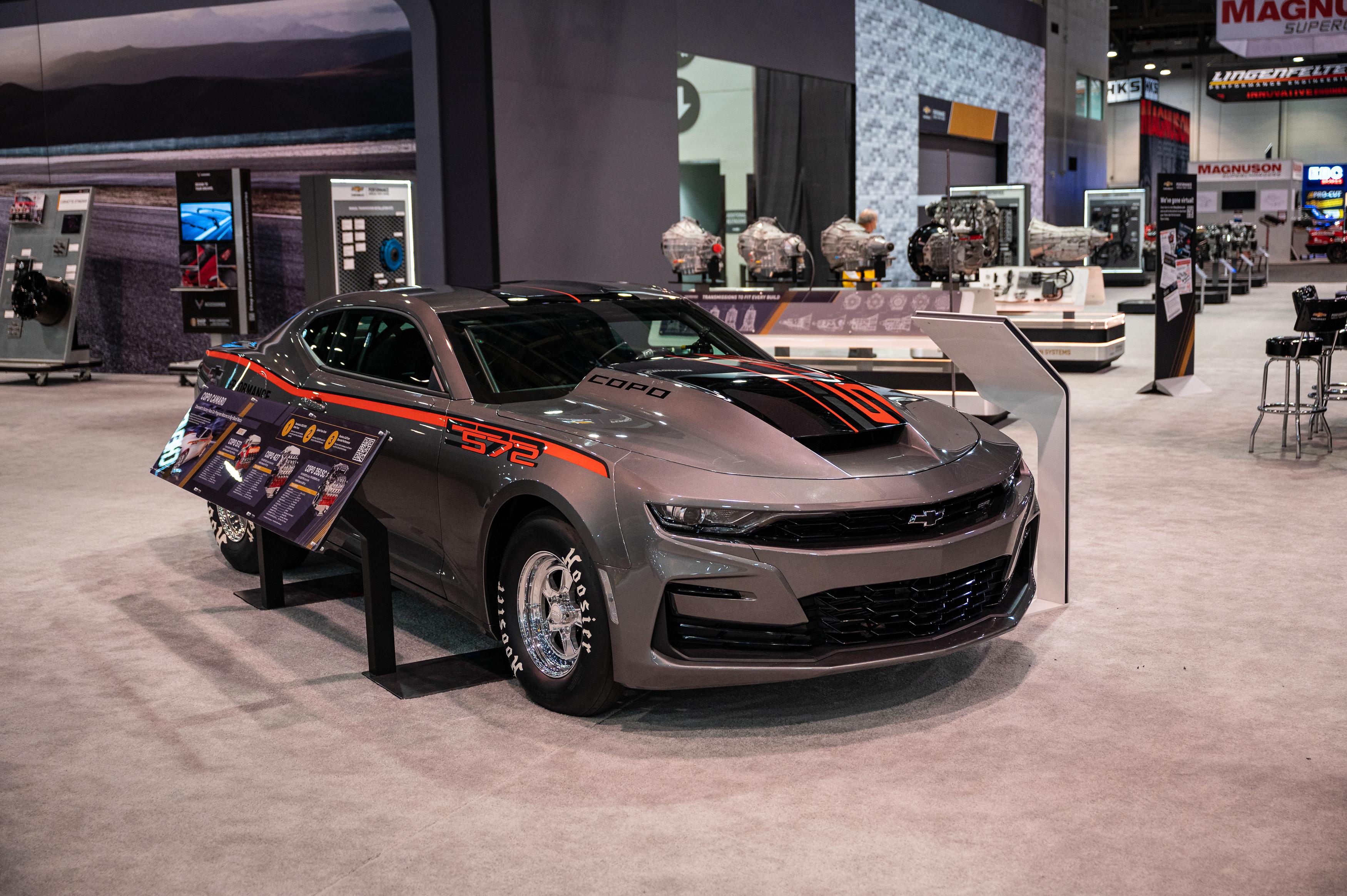 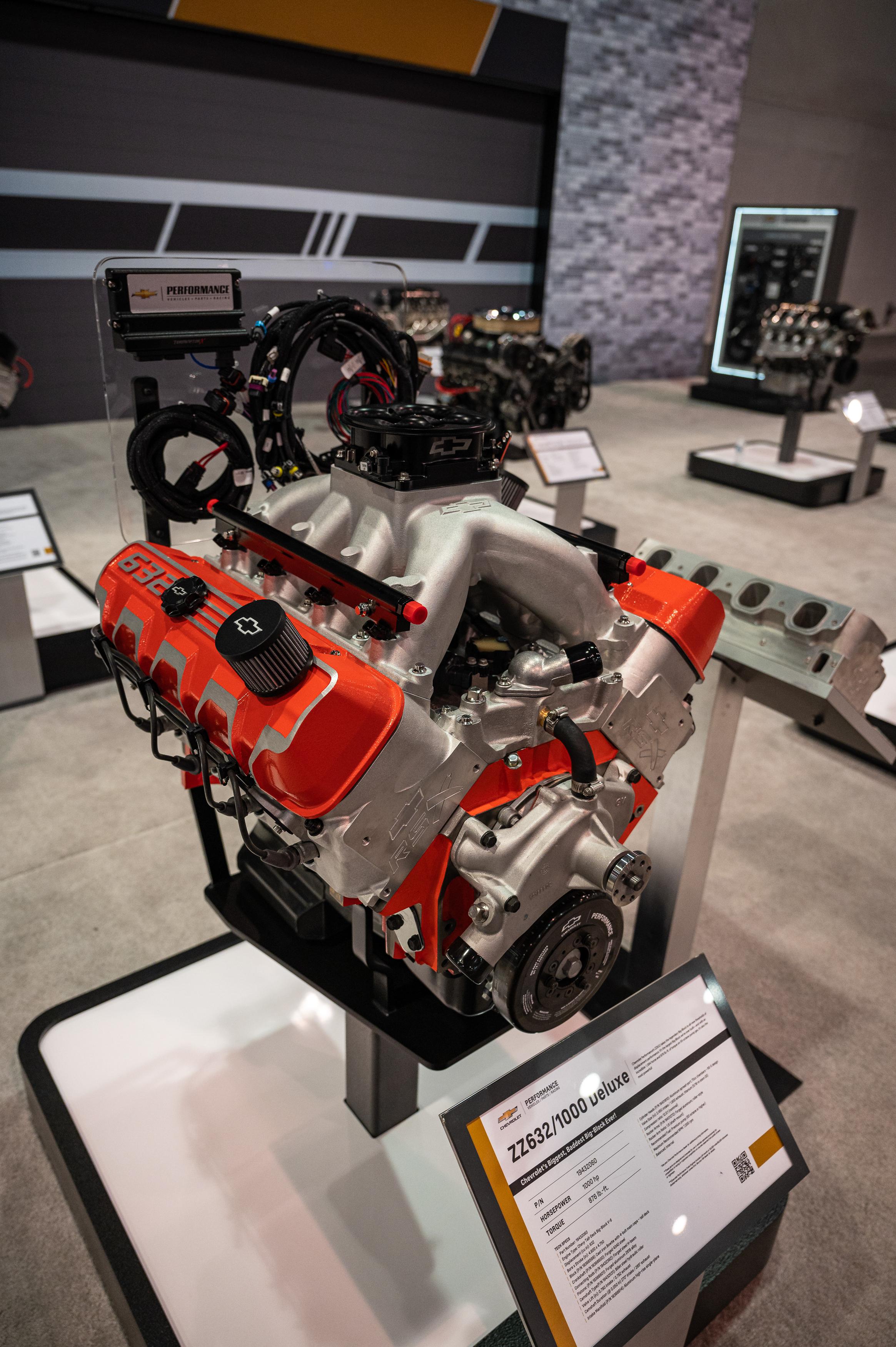 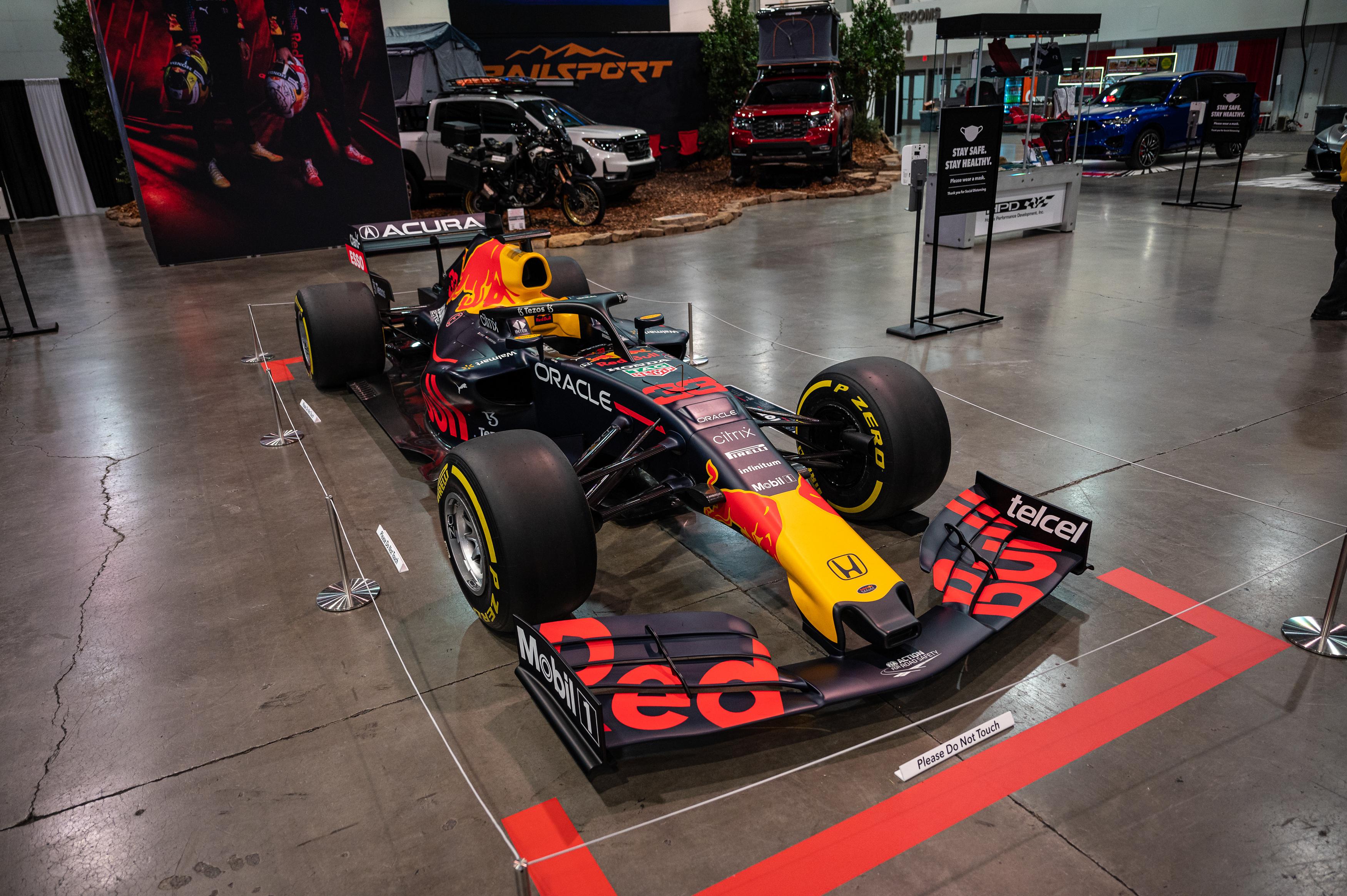 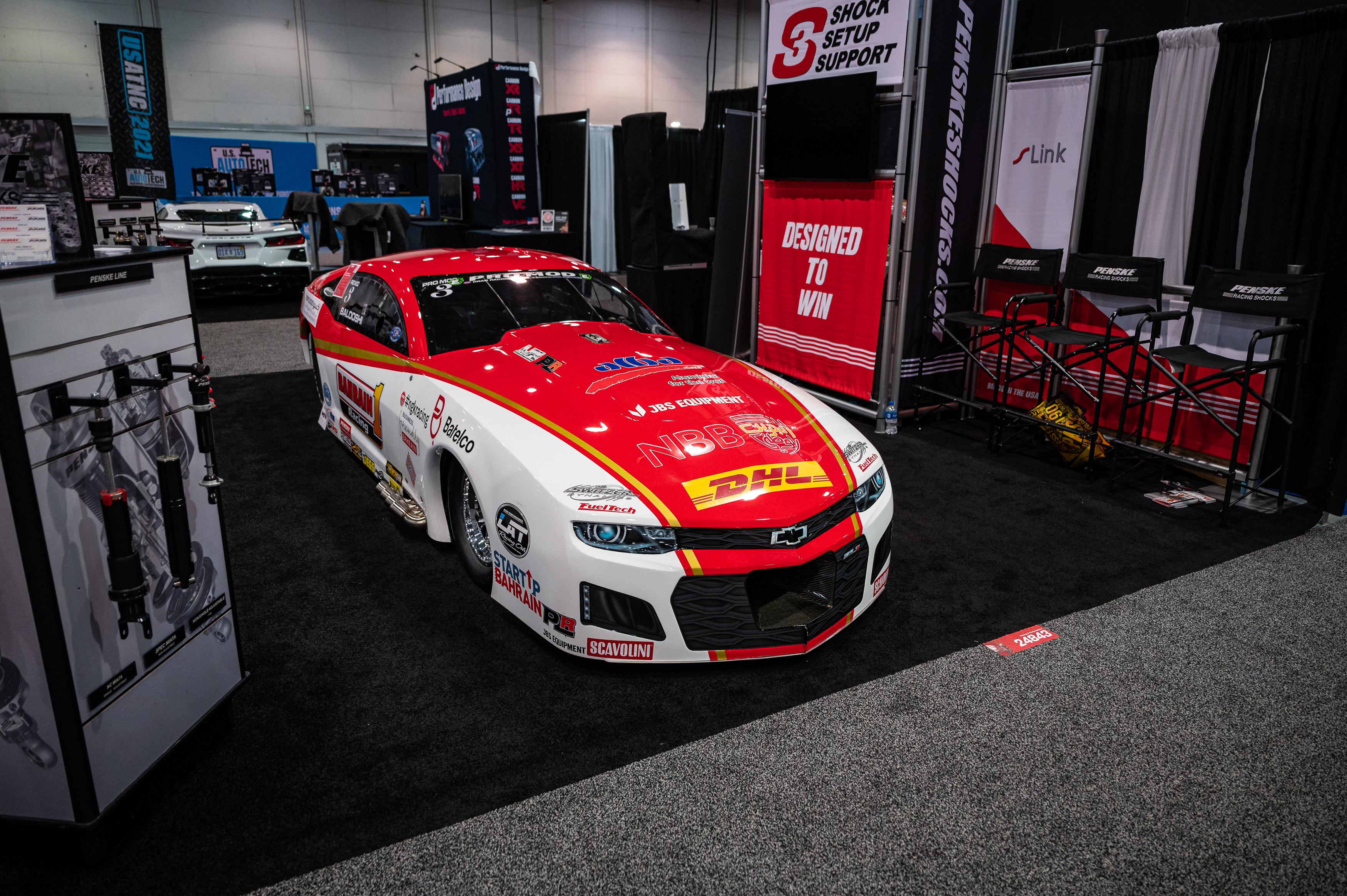 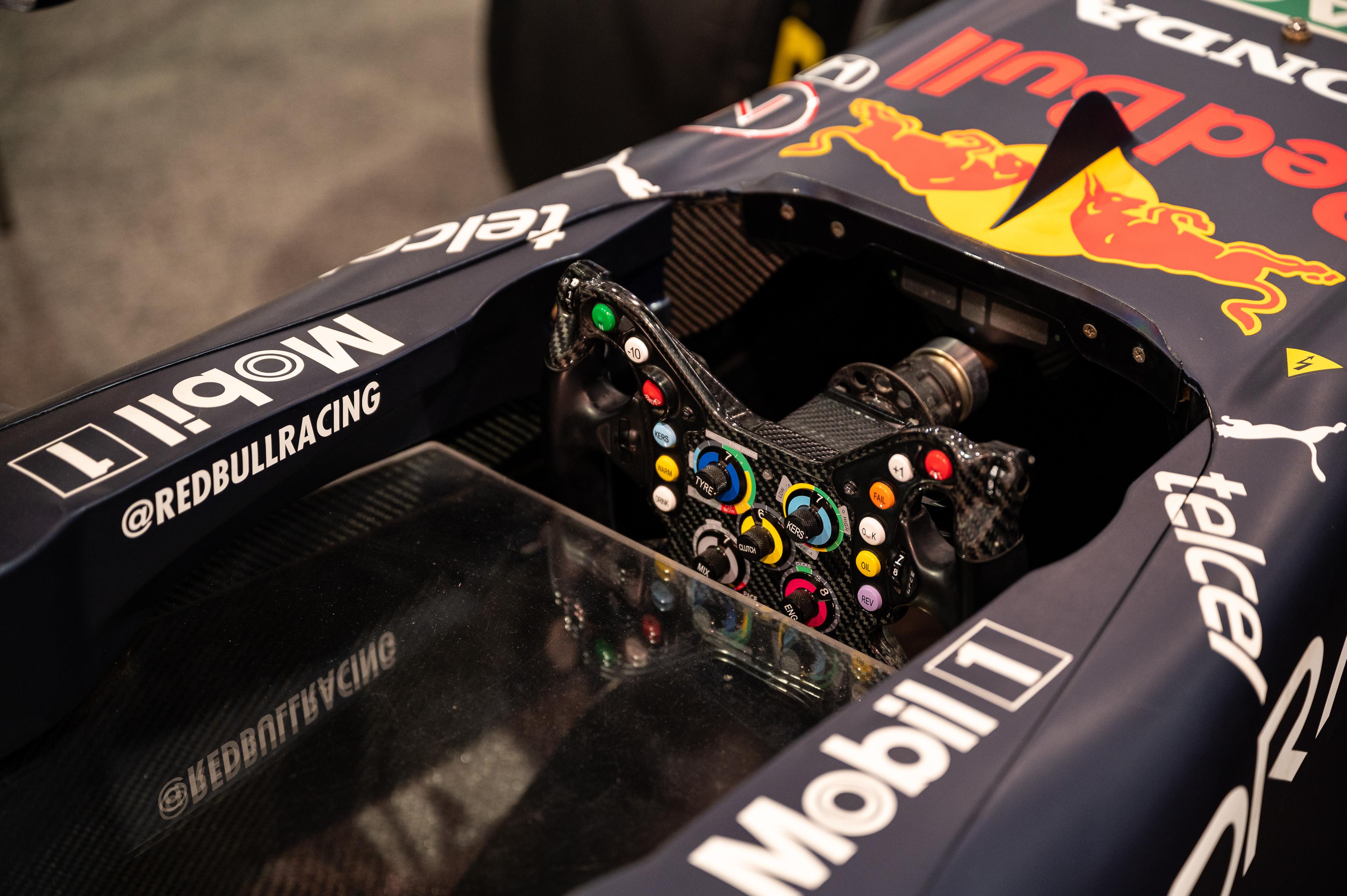 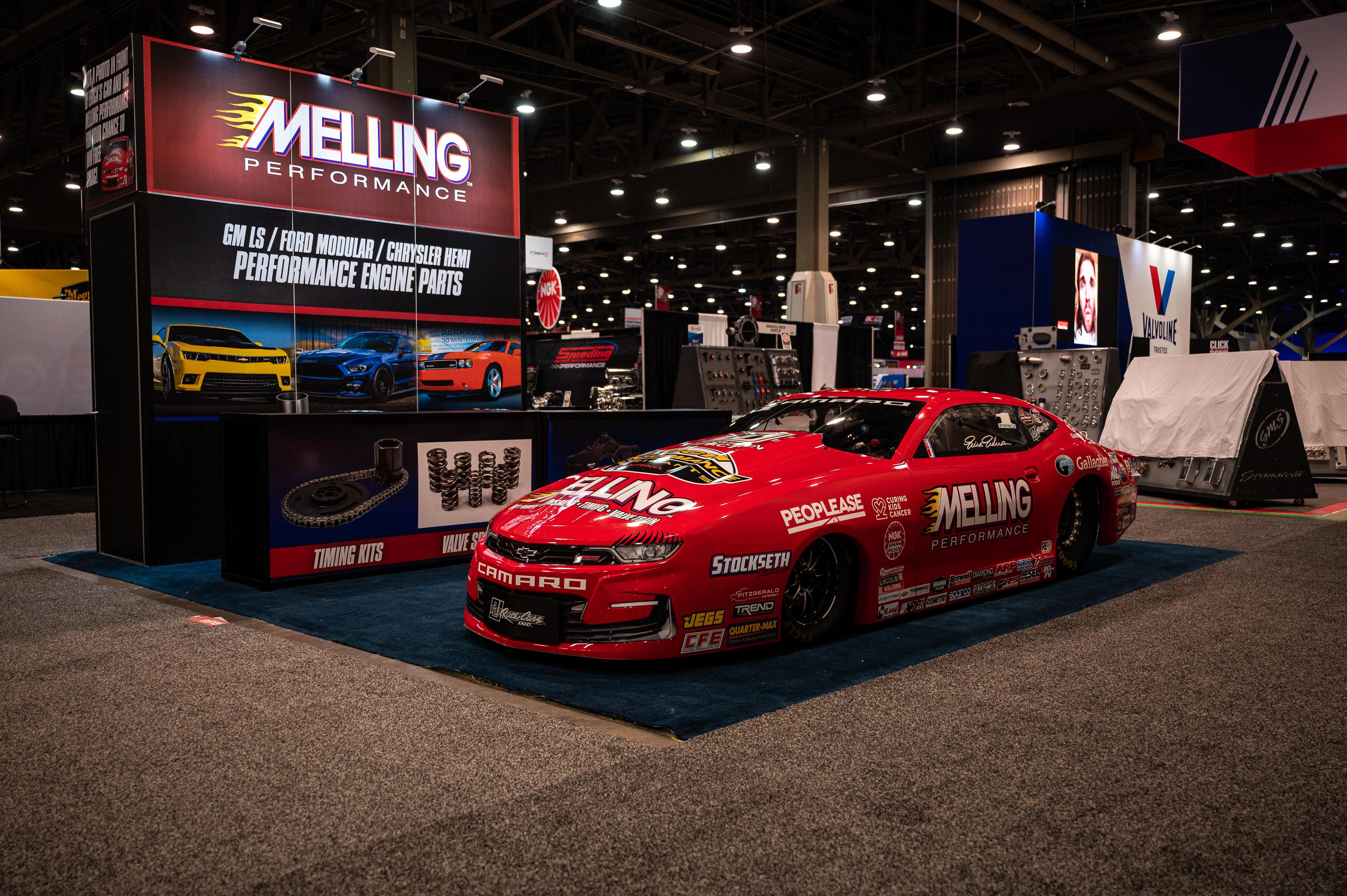 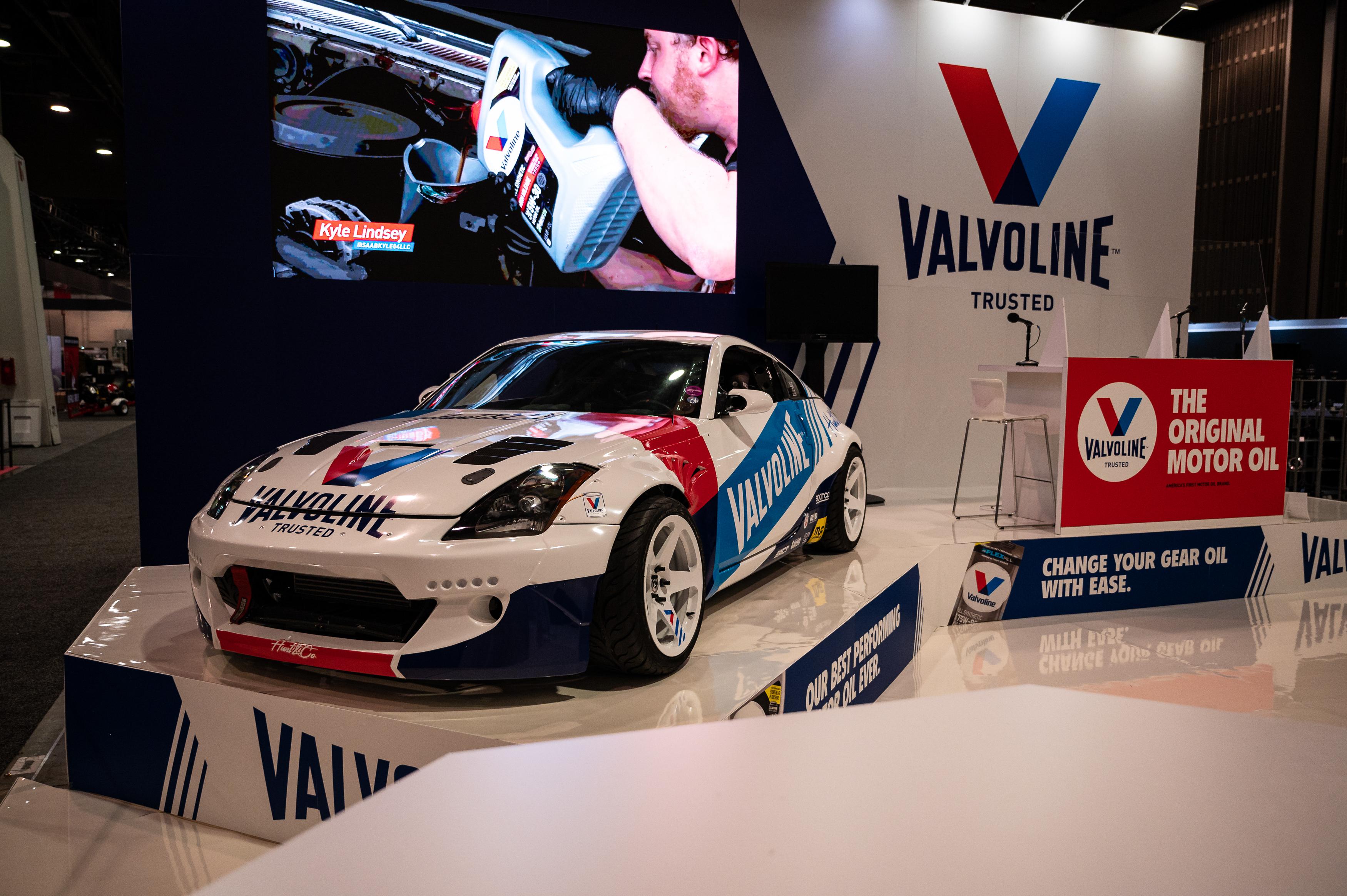 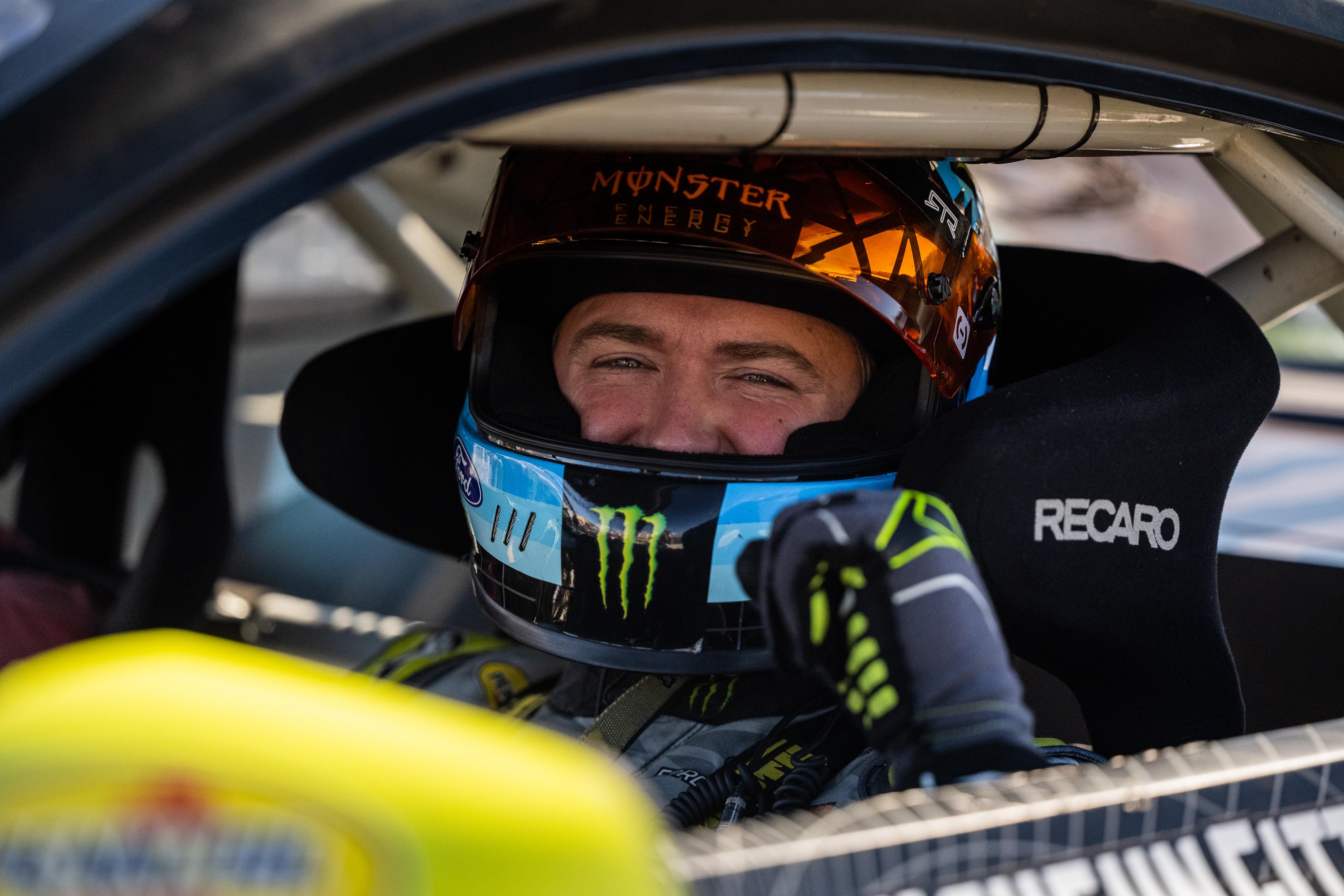 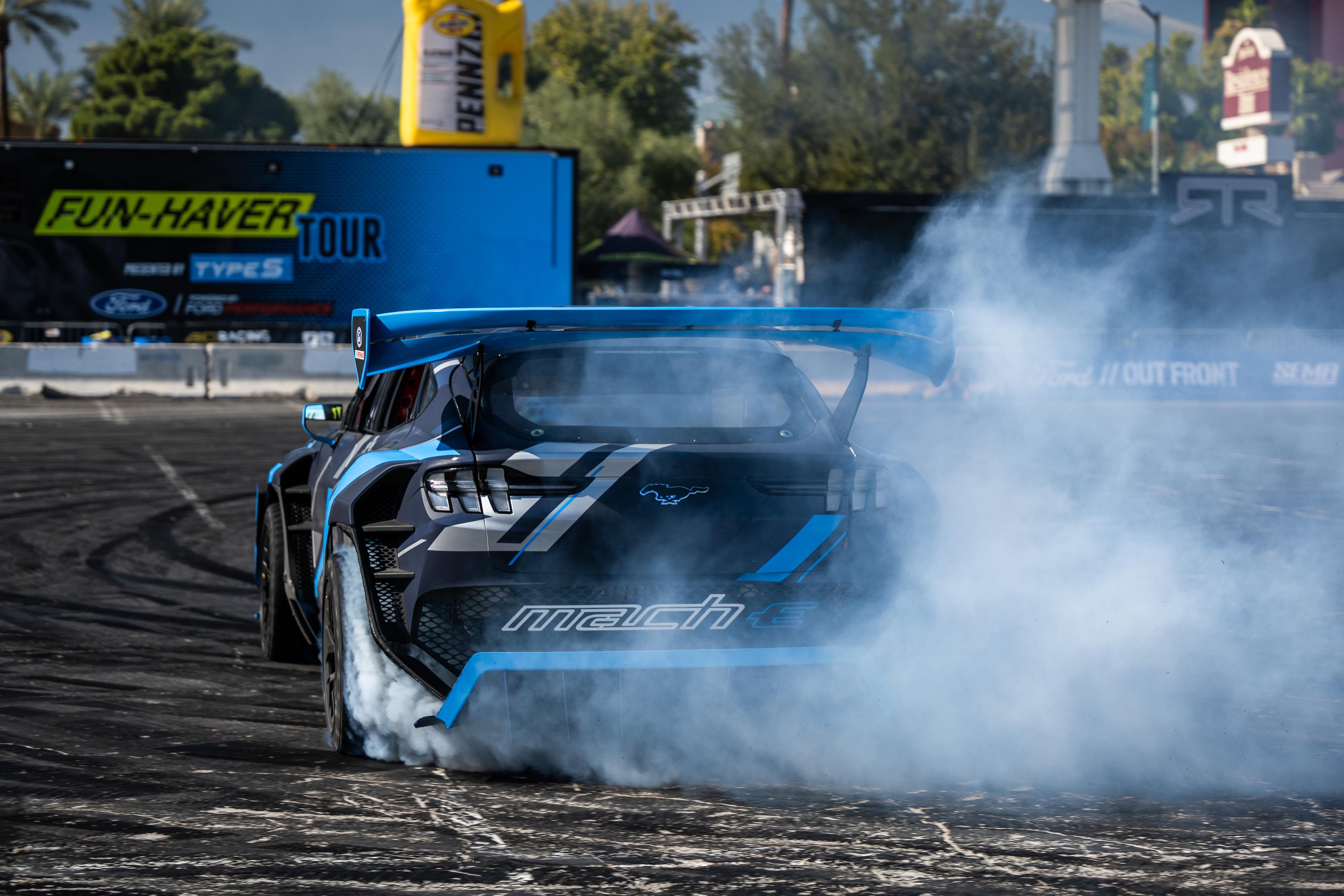 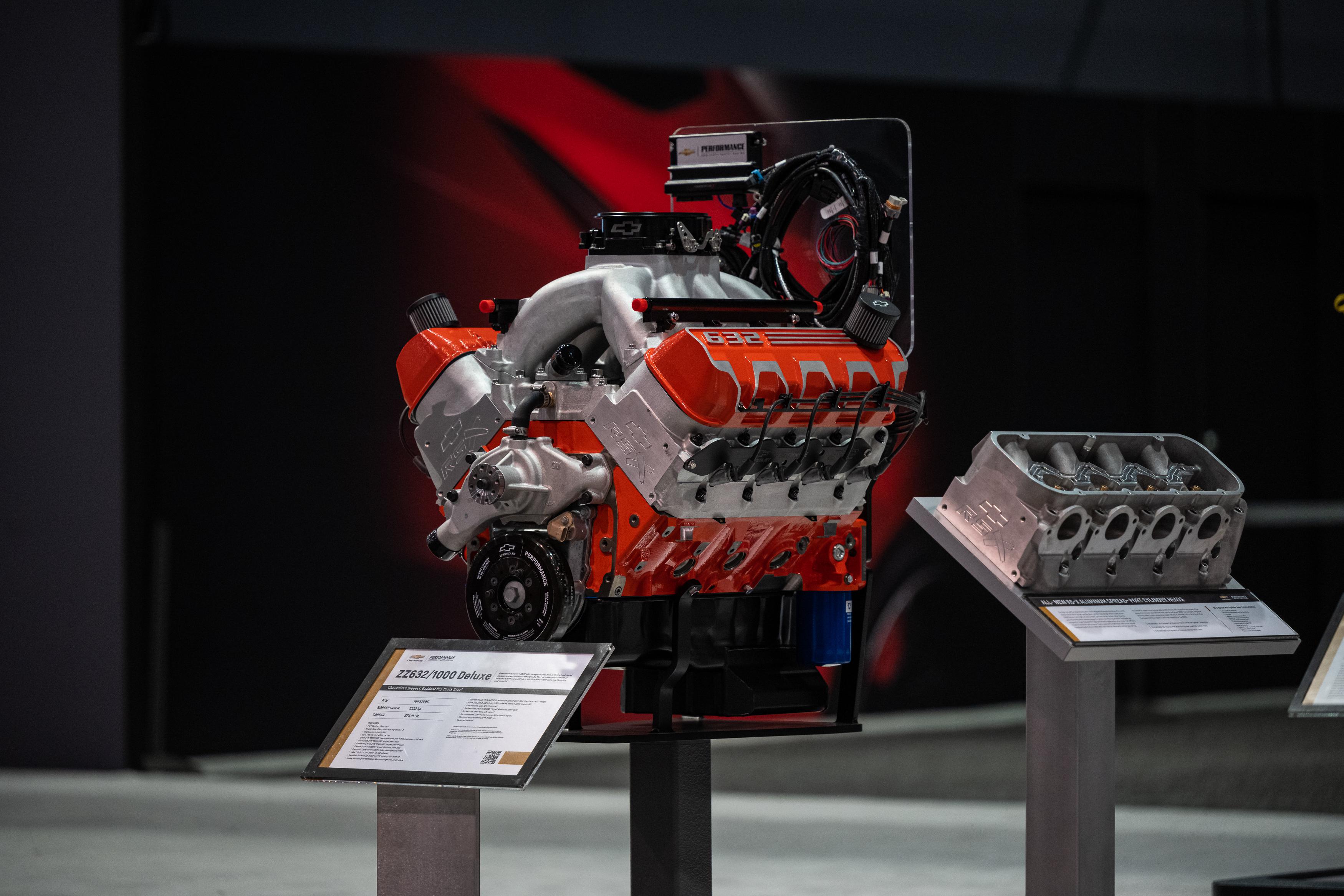 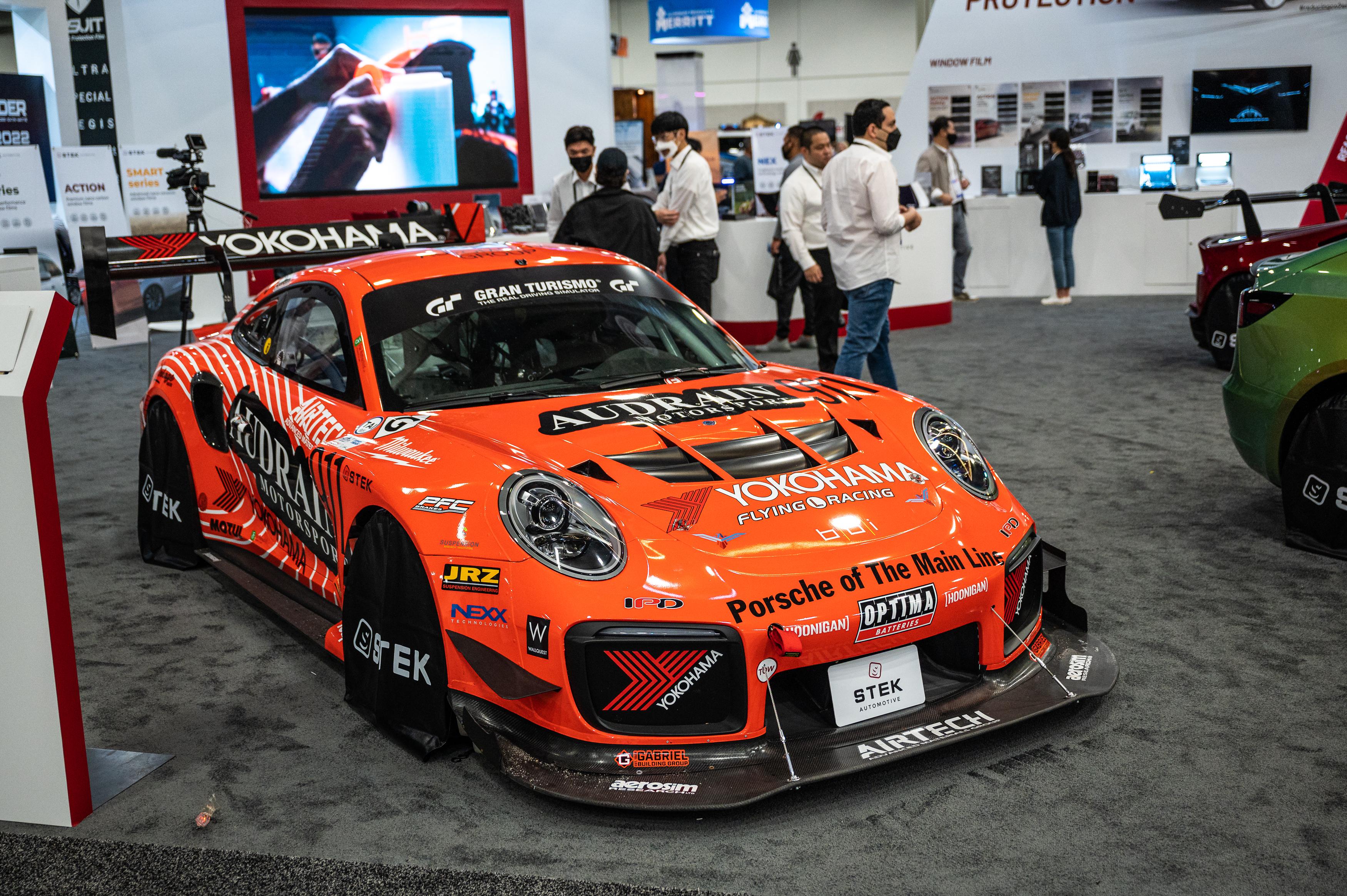 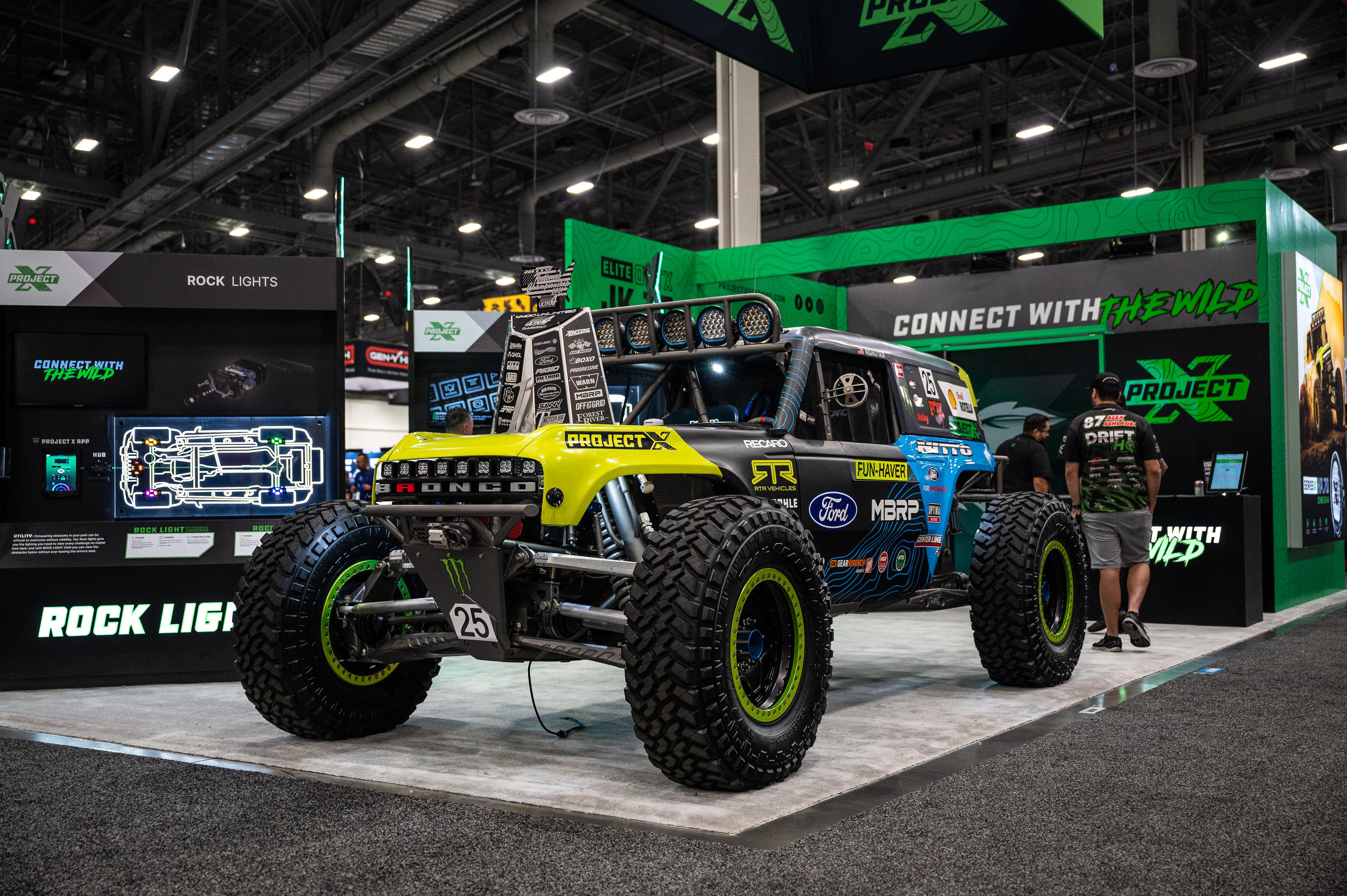 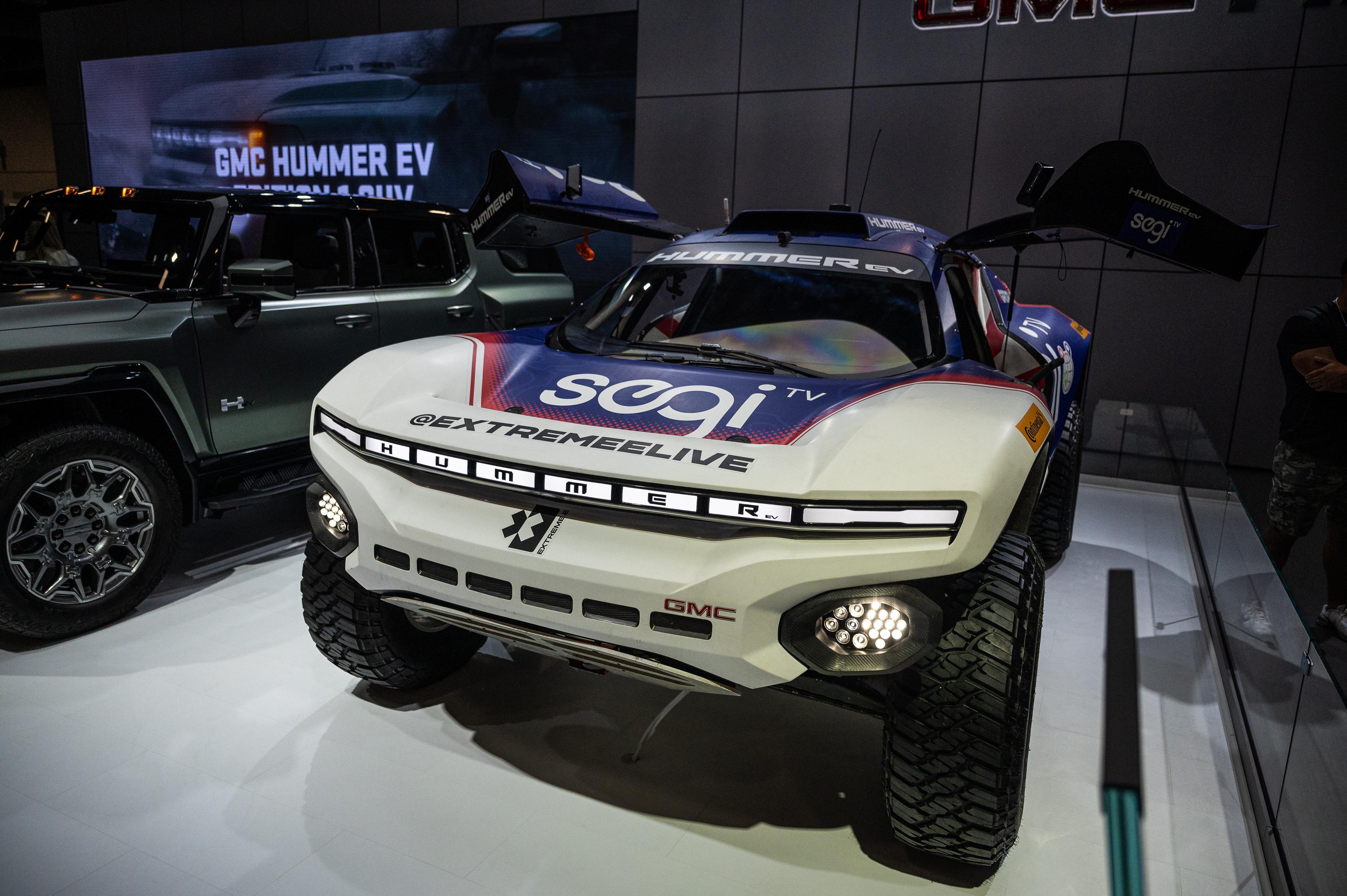 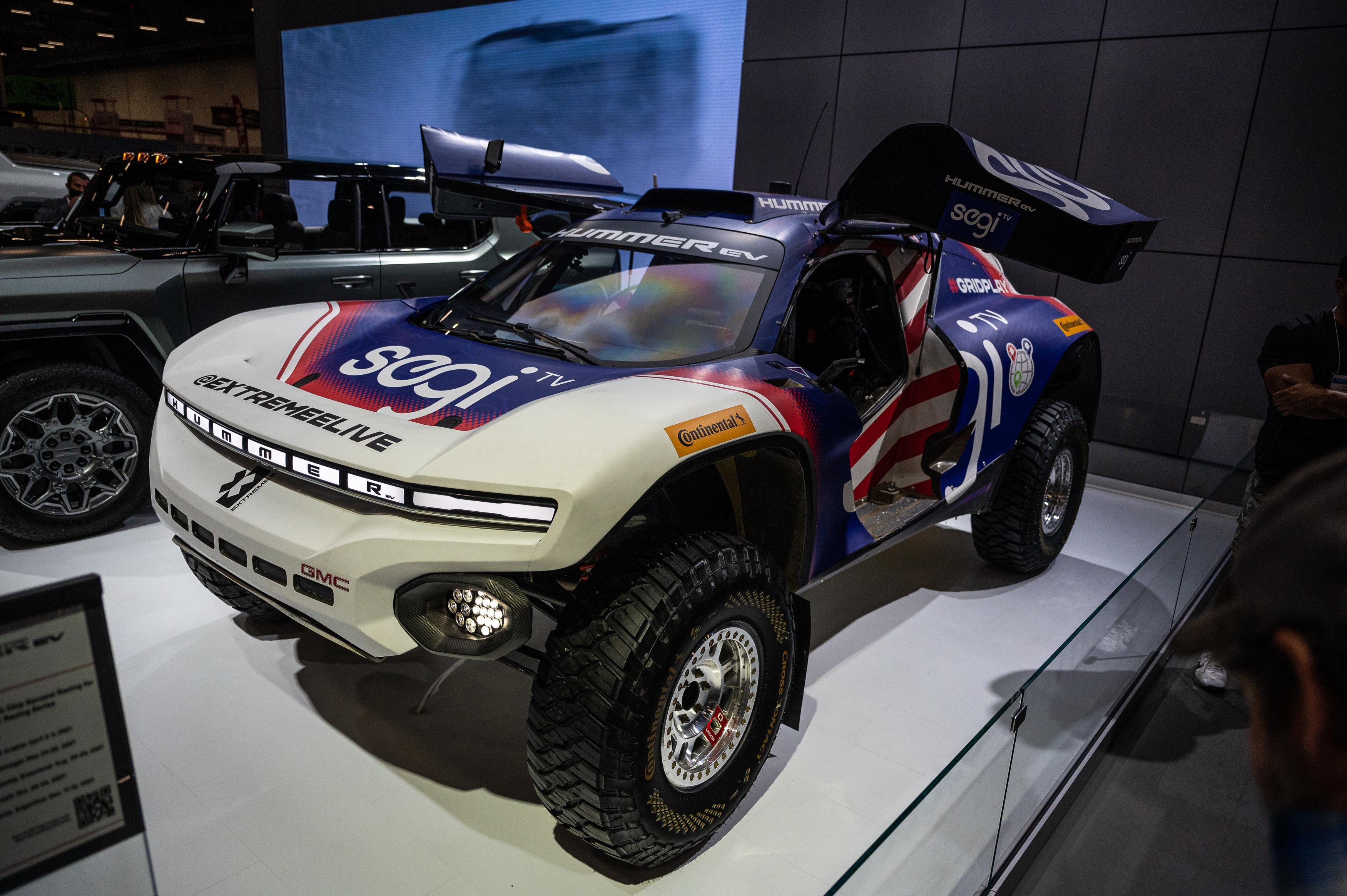 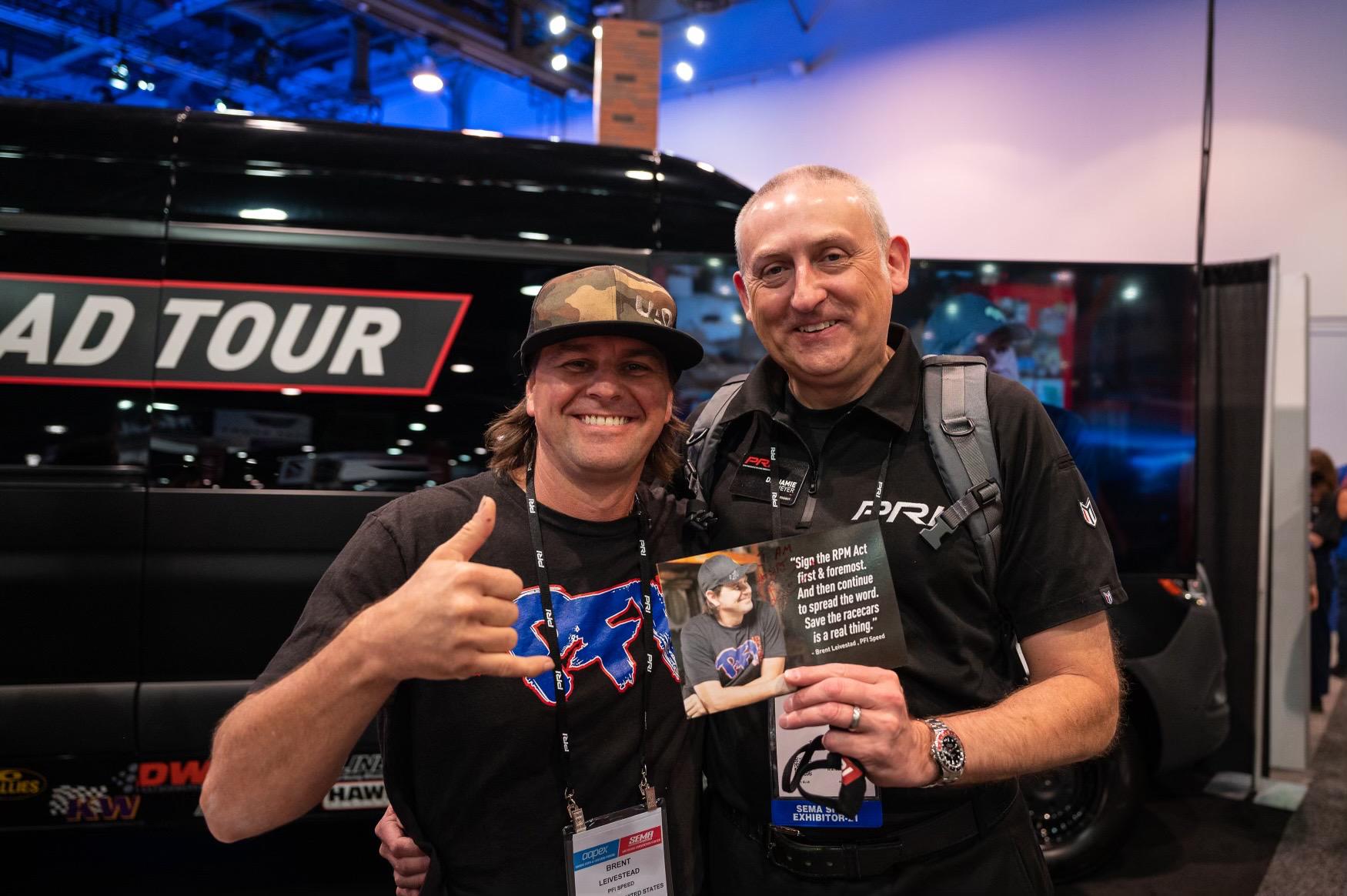