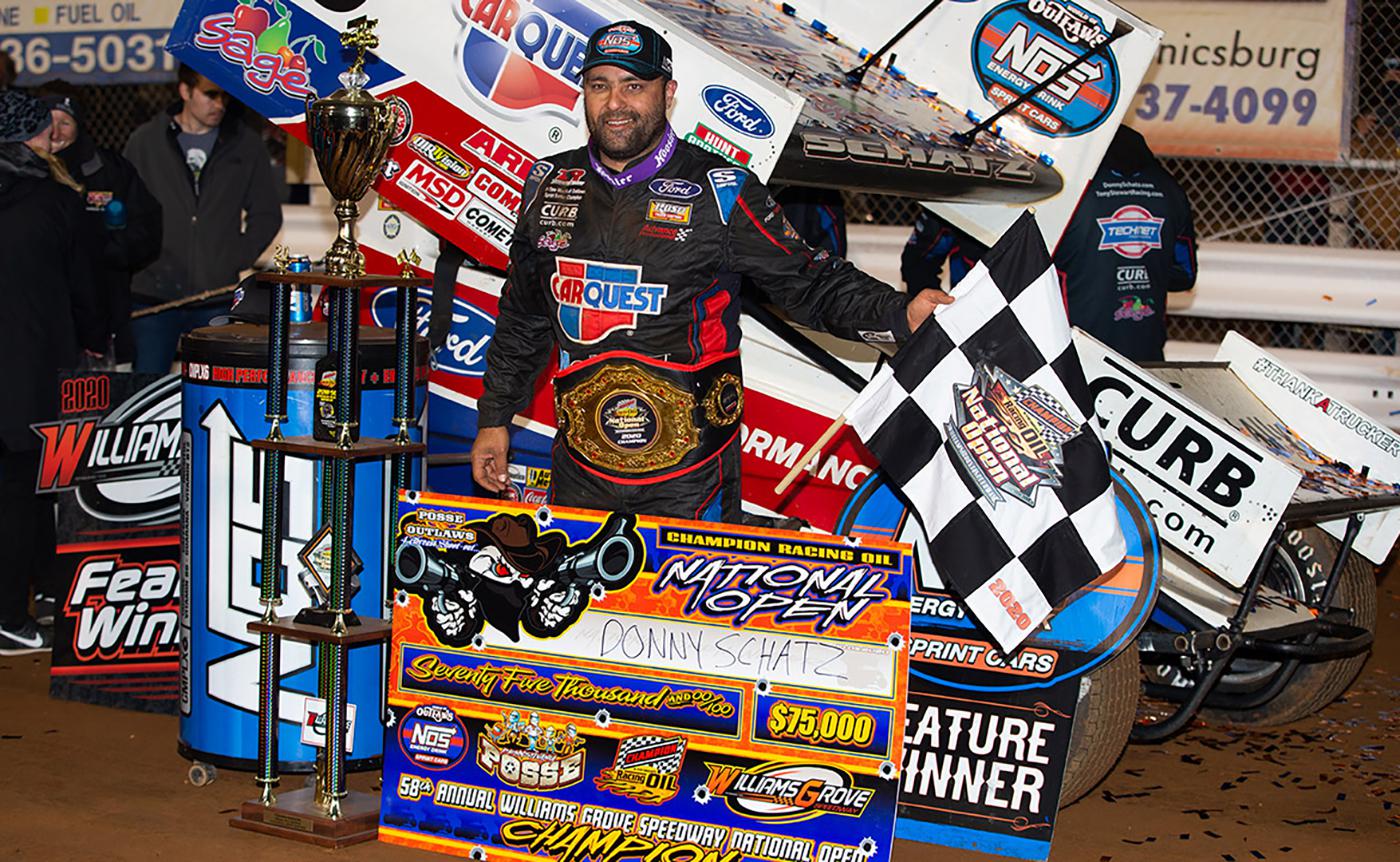 This potent combination of sponsor and race venue is a well-oiled machine, producing the Champion Racing Oil National Open that’s been refined and streamlined over its six-year run.

With a history that stretches back to 1939, Williams Grove Speedway is a legend among dirt tracks. Featuring a jam-packed roster of events—during a normal race season—this Mechanicsburg, Pennsylvania, venue typically attracts throngs of race fans week after week from March to October.

One of the track’s top events each year is the final race of its season, the Champion Racing Oil National Open, sanctioned by the World of Outlaws (WoO). This two-day sprint-car spectacular is a pinnacle event in the WoO season, with big crowds, big-name drivers, and a big purse (more on that later).

Playing a key role in this event is presenting sponsor Champion Racing Oil. To learn more about the partnership, we talked to Karl Dedolph of Clinton, Missouri-based Champion Racing Oil and Justin Loh, manager of Williams Grove Speedway.

Karl Dedolph, Champion Racing Oil: I think it was probably their thing. Williams Grove is a historic track, like Wrigley Field is in baseball. It’s old and people go to it on an annual basis. So it was a pretty good location to come up with something.

Justin Loh, Williams Grove Speedway: Back in 2015, Allan Holland from Hoseheads reached out [to inform us] that Champion might have an interest in sponsoring something at Williams Grove. So I reached out to Champion’s CEO, David Lowe, and he put me in touch with Karl. So from that point Karl and I put something together.

PRI: What came out of that initial sponsorship deal?

Loh: We were doing a two-day National Open, and we wanted to make it a little bigger. So we went to a three-day format with Champion. With their help we were able to pull that off. (Editor’s note: After expanding to three days, this year’s event returned to a two-day format on October 2–3.)

PRI: Why did this partnership make sense from a business standpoint?

Dedolph: The Outlaws are a big draw. That’s something that attracts us to it. At PRI, they list six logos of their big events of the year, and they have the Champion Racing Oil National Open at Williams Grove as one of them. So we’re pleased to be associated with that.

Loh: It was a good fit for us, because we’re both privately owned and family-held businesses. And teaming up with Champion has allowed us to expand our reach within motorsports via their marketing network that they have on their end.

PRI: Is there any relationship with World of Outlaws in this sponsorship?

Dedolph: We actually pay the money to Williams Grove, and then they offer the prize money to the winner of the event. We really don’t have any relationship with World of Outlaws in this.

PRI: What are the goals of this sponsorship?

Dedolph: It’s really just exposure and goodwill. We have distribution in New York and the Penn State area, so it’s also a way of rewarding our distributors. We have 20-plus tickets per night, and then we have two suites. We invite our distributors to come.

Loh: Champion’s marketing campaign that they do on their end, and all the racing that they’re involved with is what helps us grow the event financially. Having national brands be a part of anything in racing is important.

PRI: How do you promote the event and the sponsorship?

Dedolph: I’ll do some press releases as we get closer to the event. We also post on Instagram, Twitter, and mostly Facebook—pictures of the event and such. We try to really promote our distributors with content for them to post. We also have a tent at the race every year, and we provide the race winner with a large belt like the wrestling belts, that says “2020 Nationals.” They hold it up in victory circle. So we’re pretty happy with how we’ve postured who we are at the event.

Loh: We use all social media, from Facebook, to Snapchat, to Twitter and Instagram. And then we do press releases along with it, plus in-house videos that we do using the Champion brand to get fans involved on those platforms also. We use billboards at the race track, banners, and we work with other local events.

PRI: Do you measure the results of your promotion and publicity?

Dedolph: When I send out a press release, I can tell how many people have downloaded it, printed it, or looked at it. It can be in the 50,000 views range.

Loh: We measure on social media by the hits that we get on a post that we put out. And it seems like video is the strongest of those. We start promoting it weeks before, and we’ll monitor it through, but you’ll see the increase closer to the event.

PRI: How hands-on is Champion in running this event?

Loh: We get to work with the owner of the company and then his employees, Karl and Aric (Dell). They make it to the event every time when they do the sponsorship. So it’s nice to have them on hand with us working on making the show better over time.

PRI: How does this sponsorship affect the purse you’re able to offer?

Loh: Teaming up with Champion back in 2015, we grew from a $50,000 to win, to now a $75,000 to win, even though we’ve gone back to a two-day format again. Their involvement has allowed us to elevate the event financially. For 2020, we’re going to offer the largest total purse for a sprint-car race in the nation.

PRI: Is there anything that’s required in the agreement for when you’re at the track during the race?

Dedolph: In our rider we have tickets, booths, skyboxes, parking, tent location, media access, pit access. They’re pretty accommodating. We just go ask for what we need. Initially it had to be very clear that we were going to get certain things and how we were going to be able to move our show in. Now we keep the show pretty much in their barns and they pull it out the day of the event and put it in our location.

PRI: How has it been running this sponsorship and event during the coronavirus crisis?

Dedolph: Pennsylvania seems to be pretty open in terms of having so many races. And they’re going with no social distancing from what I hear.

Loh: It was challenging. We opened the season with one race, then we went through a stretch where we weren’t able to race. But honestly, the fans have been the backbone of this. And I think the drivers saved a lot of equipment from the races they missed. So we’ve had great car counts and great turnouts. We just want to make sure everything’s safe for people to enjoy the racing. We look forward to finishing the year on a strong note.

PRI: What else besides promotion do you get out of this partnership?

Dedolph: Because of this sponsorship, we also have a relationship where we sell the track commercial products. They buy our diesel oil for their trucks, skid loaders, pavers, graders, backhoes, and Bobcats. We’re their partners in lubricants and chemicals for everything the track uses all year long.

PRI: Where do you see this sponsorship going from here?

Loh: We want to build on it every year. And this year, I think we’re fortunate that we’re able to stay with our purse that we had, with Champion’s help. So after this season, we’ll see if we’re able to increase stuff for the drivers, and also put on a bigger event for fans.

PRI: What’s the duration of this sponsorship agreement?

Dedolph: We’re in negotiations right now for an extended contract. I think they feel we do a good job, and I would think they would want to continue with our relationship.

Loh: It’s yearly. We have open communication throughout the year. From Champion’s side, they’ve been very happy. And we’ve been very happy. So I don’t think we’ve needed to sign anything long-term. But if they felt they needed something like that, it’s definitely something we would look at. 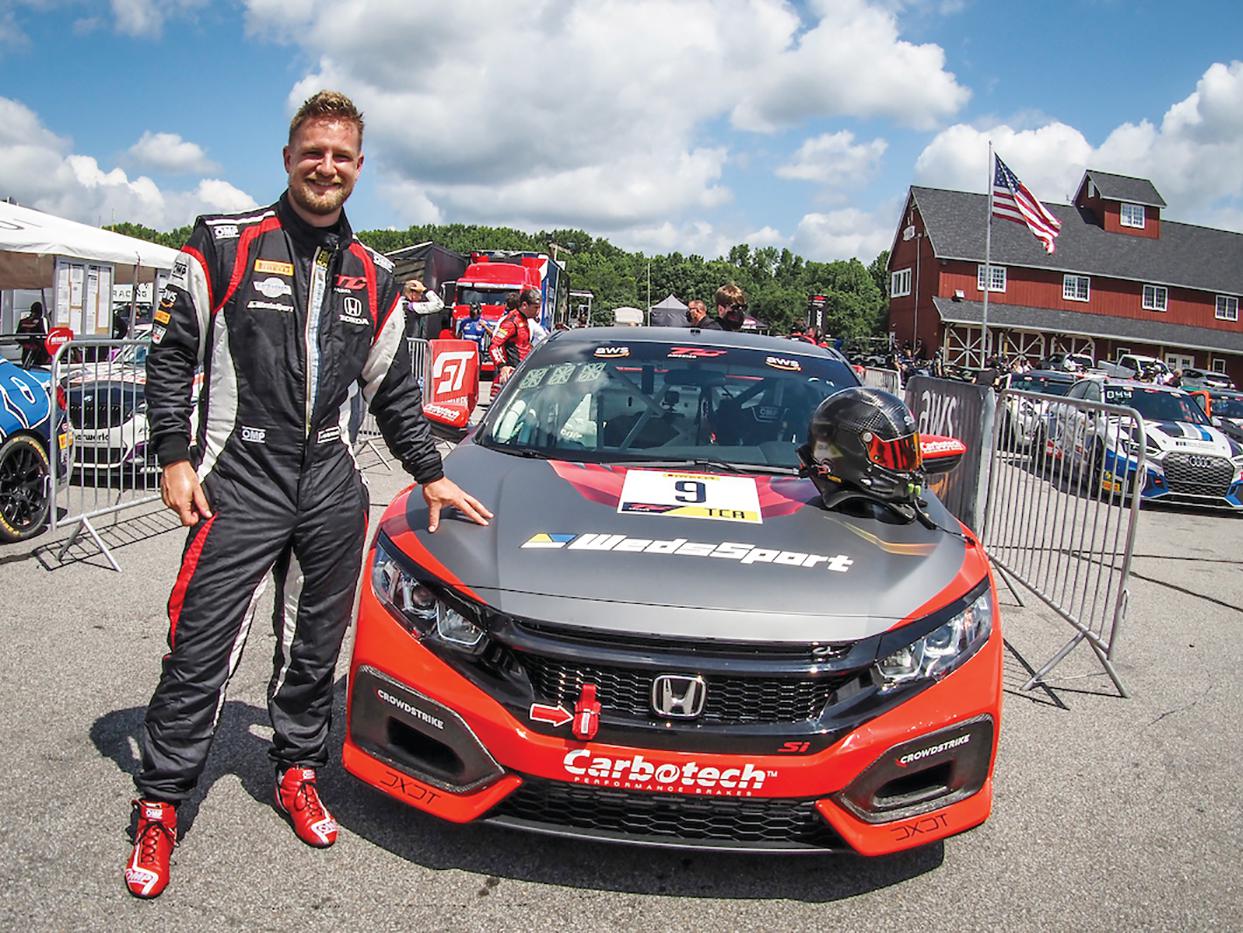 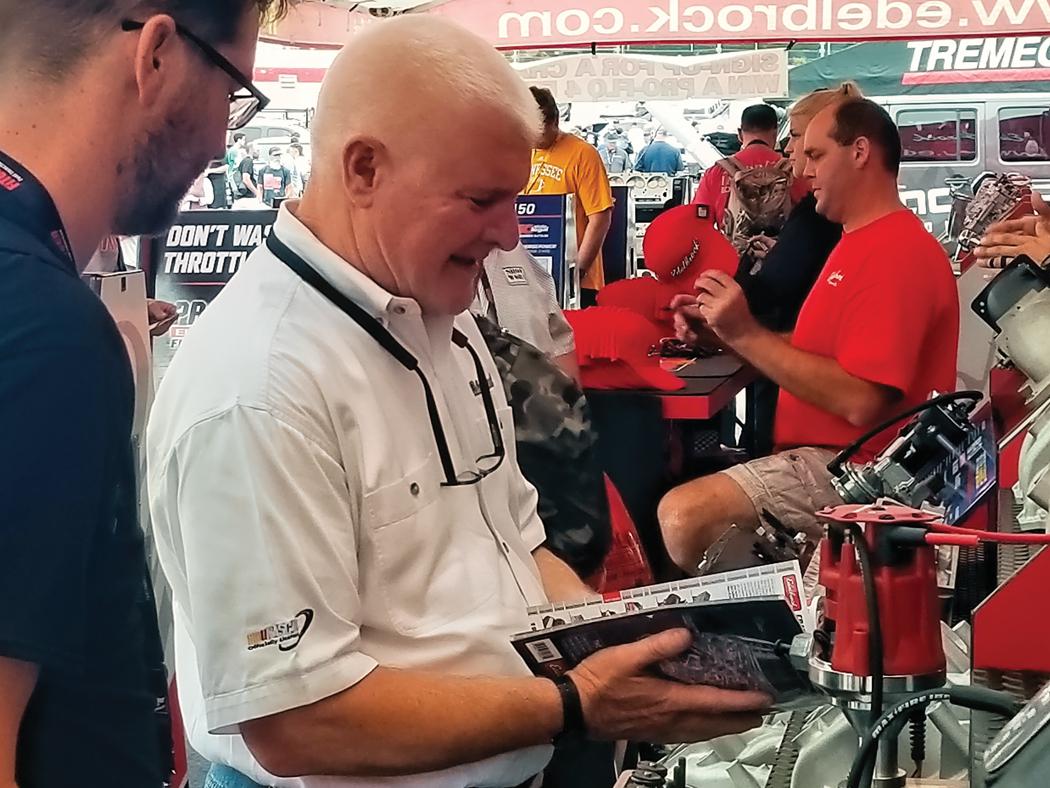 Offering a suite of services, these “outside sales forces” can help identify opportunities, move product faster, and manage customer relationships. 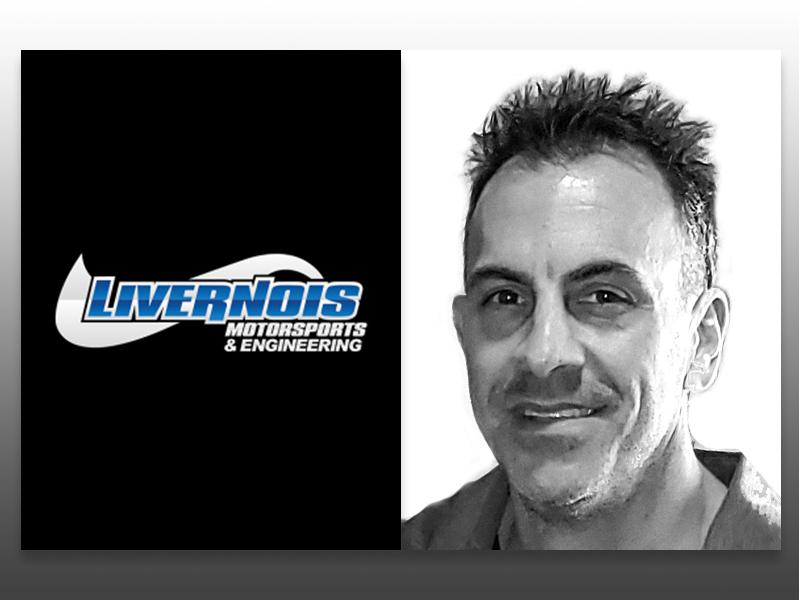