When the PRI Road Tour visited GRIDLIFE earlier this month, we marveled at how a thin rulebook does such a great job of unleashing ingenuity, speed, and exciting competition. This was also the case when the PRI Road Tour took part in the recent epic journey that crowned America’s Fastest Street Car: Hot Rod Drag Week. The rules, assembled by the NHRA, total just five pages.


Hot Rod Magazine first launched Drag Week in 2004, and as the event has grown, the cars keep getting faster and faster. But the spirit of the event goes beyond trying to be the ultimate winner. Just finishing Drag Week is an accomplishment in itself. The obstacles to overcome, the fast friendships to be made, and the fun to be had are enough for most of the competitors, some of who came from as far away as Australia and Sweden.

For those of you who know what it’s like to build and drive a competitive street car, imagine driving that… THAT… on a 1,125-mile loop through the Midwest with back-to-back races for five days straight. It’s one thing to build a race car that’s technically street legal. It’s another thing to actually drive that car for over a thousand miles on public roads. The quickest Hot Rod Drag Week competitors run in the 6s and over 200 mph with production headlights (the cars often have to drive at night to get to the next venue), turn signals, and brake lights. These rules applied to every vehicle entered in the nine classes offered, from purely stock to the 4,000-hp nitro-gulping Unlimited Class monsters. The math behind crowning the Fastest Street Car is simple: competitors race at five tracks, and their quickest of five runs at each track is recorded, then averaged. The lowest average ET across the five tracks wins. Amazingly, eight competitors were running 7.99 or quicker going into Day Five.

Dave Schroeder earned the Fastest Car billing with his 2019 Corvette C7 with an average ET of 6.793 at 198.8 mph over five days. Schroeder and his cousin John Ens have been racing at Drag Week since 2010. They’ve fielded several cars over the years, won some, lost some, and even crashed some. But their new Corvette overcame everything. The car is based on a Pro Mod chassis, wears a custom C7 Corvette body (the chassis is about a foot narrower than a stock Corvette), and is powered by a nitrous-assisted 872 Reher Morrison engine, a Rossler TH400, and a 10-inch rear end with a 4.56:1 gear and a Gear Vendors overdrive unit. The engine swallows pump gas on the street and methanol on the track.

Second place went to a car that looked like a grocery getter from Vermont, a 1987 Volvo 240 station wagon. Driven by the very Swedish Mikeal Borggren, the bread loaf finished with a 7.259 at 192.44 mph average, and capped the event with an amazing 6.93 run at 203.34 mph. (That may explain why the car’s windshield wipers are missing.) The powertrain is a 388-cid LS with a 98mm blower running a mix of E85 and methanol. The wheels are driven by a TH400 and a 9-inch.

Jason Sack drove to an overall third place in his show-quality 1969 Chevy Nova, which secured an average for the week of 7.33 at 185.082 mph. Like the Volvo, the Nova’s twin-turbo Dart block (427 cid) showcased the popularity and capabilities of the GM LS engine family. In fact, there were more LS-powered cars than any other engine type at this year’s event. Sack’s quickest run was a blazing 7.29 at 185 mph from this beautifully prepared Hugger Orange Chevy.

If you’ve attended or watched events like these before, you know that there are always a few standout cars; in this case two cars and one truck. Everyone has their own favorites, and these stood out for us…

Alex Taylor, running her eighth Drag Week event, worked with her father (Dennis Taylor, known for producing high-quality fiberglass Tri-Five body panels) to build a certified 6.50-certified 1955 Chevrolet 210. Before you start thinking of a two-tone, white-over-red, cherried-out classic with fuzzy dice and an Elvis cut-out riding in the back, Taylor’s ride looks like it just rolled out of a rural junkyard. But the look is highly engineered, just like everything else on the car. Even though the car was built in just four months—after years of sitting on their family’s property—this is a badass sleeper. The patina fenders are carefully crafted lightweight fiberglass. The door skins and front clip are carbon fiber. It all rides on a chromoly tube chassis. Power comes from a dual-turbo Dart Machinery tall deck iron block (525 cid) with a two-injector per cylinder EFI system. On the road it runs on pump gas. At the track, it runs methanol and runs consistently in the mid 7s with traps over 185 mph.

Bryant Goldstone’s 1973 AMC Javelin was a front-runner to win Drag Week this year. His twin-turbo Big Block (572 cid) reportedly made in the neighborhood of 2,500 hp when running 26 pounds of boost. No stranger to the Hod Rod Drag Week, Goldstone took second in 2015 running in the high 6s at over 200 mph. Things were looking great for 2021 as Goldstone ripped off a blazing 6.78 at the Indy stop. But fate dealt Goldstone a brutal hand during Day Five at US 131 Motorsports Park. At about the 1/8-mile mark, Goldstone crashed and rolled after coming out of the groove. The strength and quality of the Javelin’s frame helped protect Goldstone, who suffered only minor scrapes. Judging by what we know about Goldstone, we wouldn’t be surprised to see the AMC next year.

Another fan (and author) favorite was Nick Cryer’s 1963 Divco delivery van. These Detroit-built delivery vans were popular across the country for their utility, durability, reliability, and efficiency. Cryer rescued this one with the help of his father, and they both cleverly rebuilt it. Under the most-stock body work is the front clip of a 1995 Chevy 1500 and a rear frame they fabbed from 2x3 steel. Power comes from a turbocharged stroked Chevy marine big block that dynoed at 815 hp. The drivetrain is a TH400 with a Gear Vendors overdrive and a Ford nine-inch with 3.73:1 gears. For those waiting on a delivery of fresh milk and eggs, the van pulls wheelies on its way to 10-second ETs. Milky, the Twin Pines Dairy Clown, would be proud.

More than 33 hours of action were livestreamed on Facebook and YouTube, and competitors regularly updated their own social channels with photos and videos throughout the event. This wall-to-wall coverage is currently the norm and helps family, friends, and would-be fans keep up with all the action.

While there was great competition across all classes, some of the happiest drivers were the ones who just finished. The ability to overcome adversity during Drag Week is huge, and simply tripping the lights at the end of your 25th run is a major reward in and of itself. For the overall 2021 Hot Rod Drag Week results, visit here.

While the excitement surrounding Hot Rod Drag Week is enormous, the reality is that nearly every vehicle entered had an OEM powertrain. Most were modified, which puts the shops that built these cars, and the suppliers that provided the parts, in the crosshairs of the EPA enforcement actions. If the EPA is left unchallenged, those participating in the Hot Rod Drag Week might face EPA regulatory action.

To help ensure that motorsports competitions like Hot Rod Drag Week to continue to thrive in the US, become a member of PRI. Check out PRI’s new membership options for individuals and businesses here. Plan to attend the 2021 PRI Trade Show in Indianapolis on December 9–11 to catch up with the latest products and services. To register as an attendee for the 2021 PRI Trade Show, visit here. 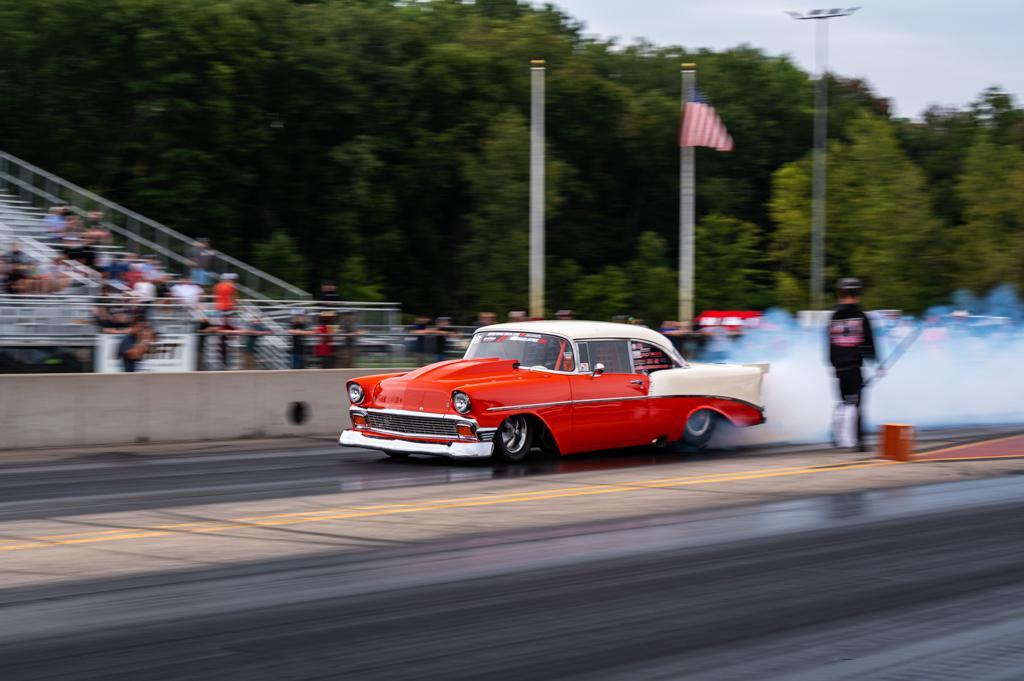 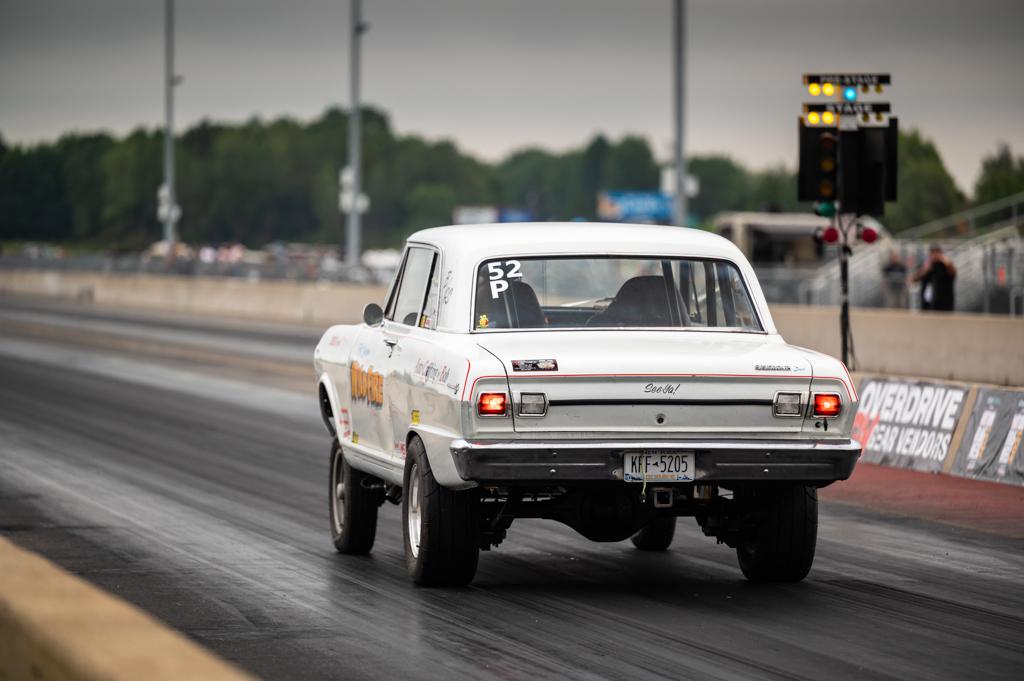 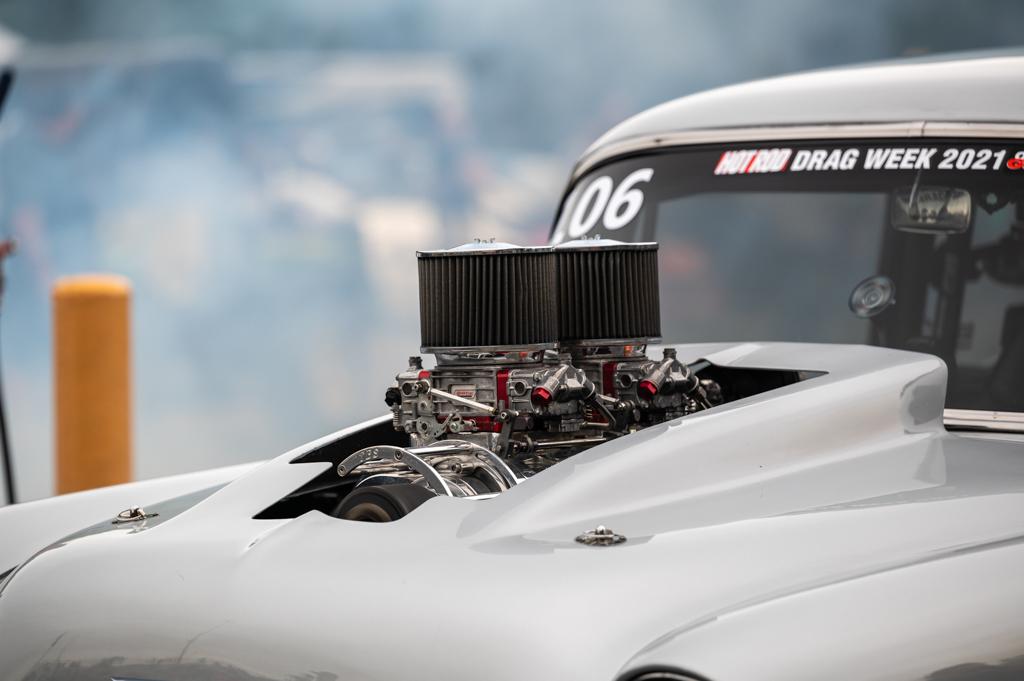 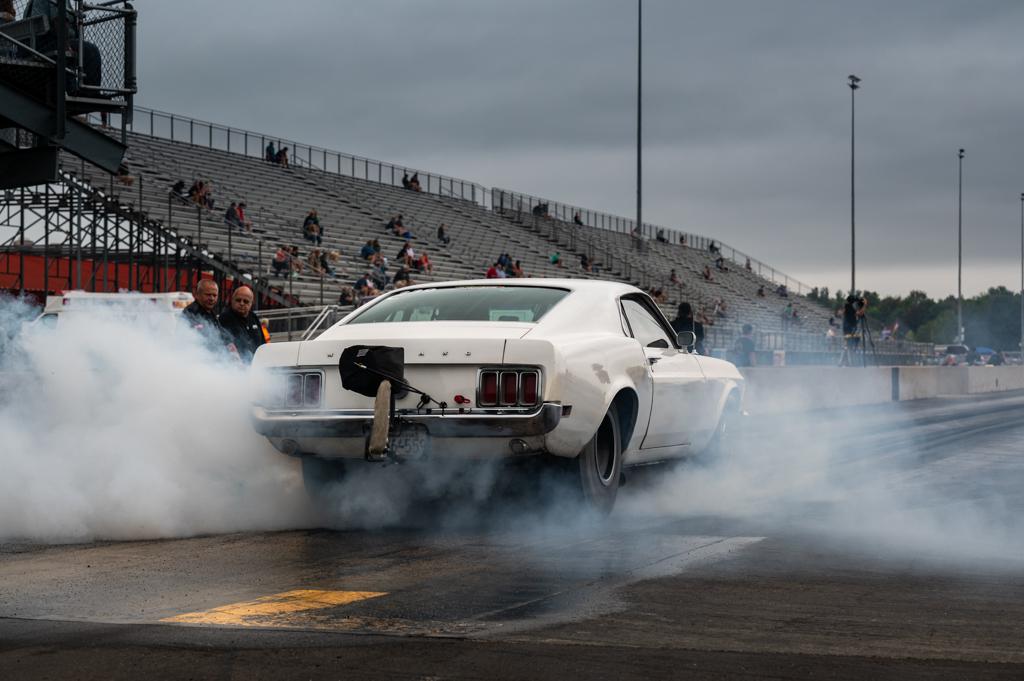 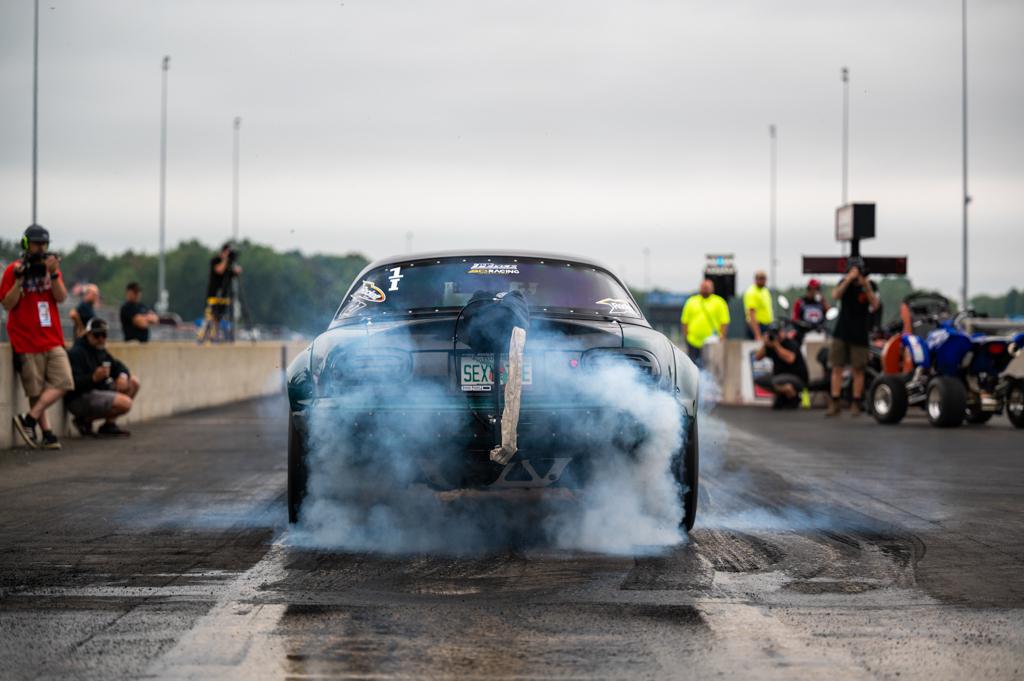 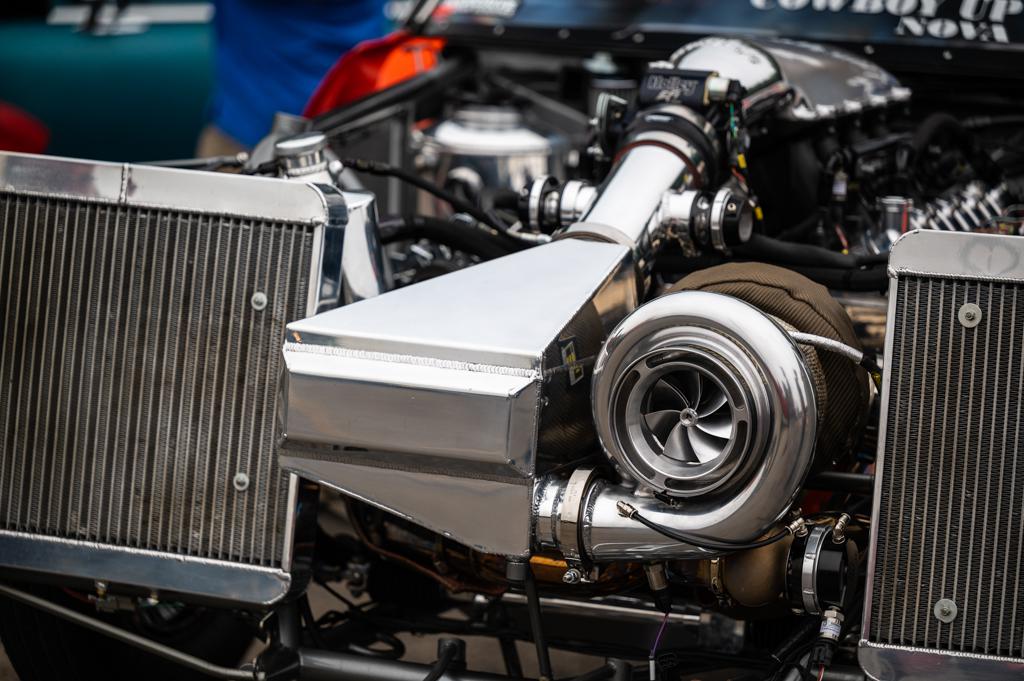 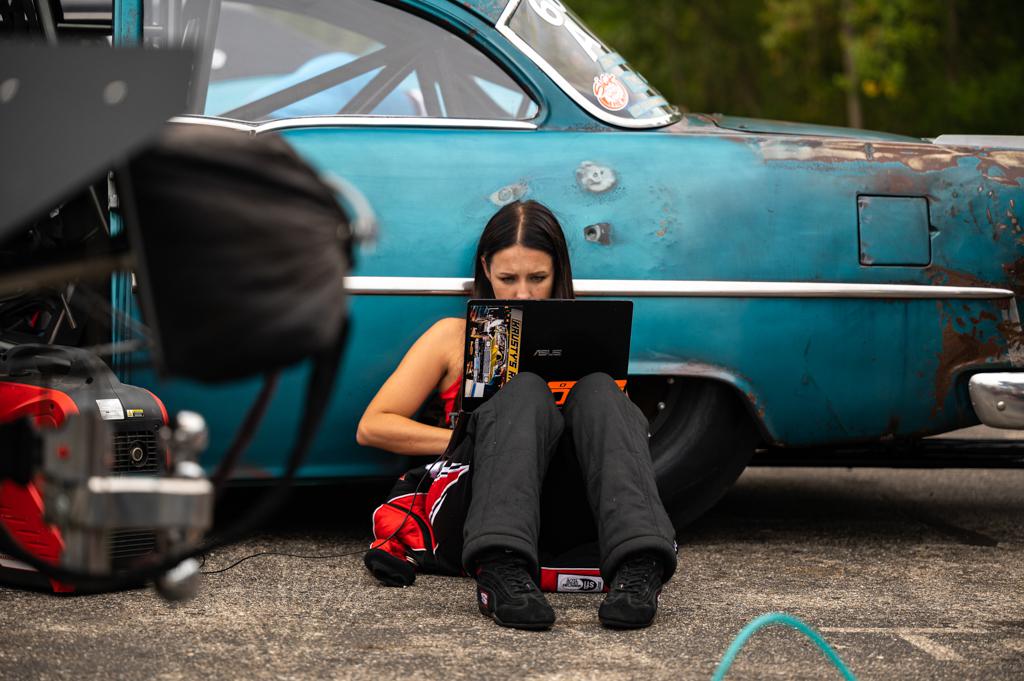 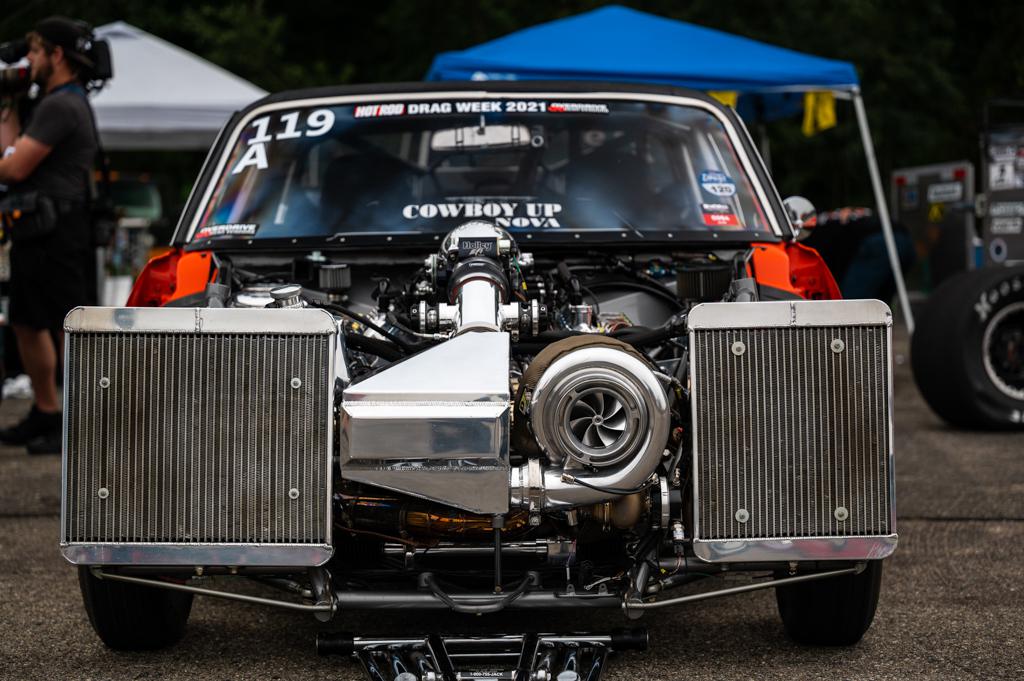 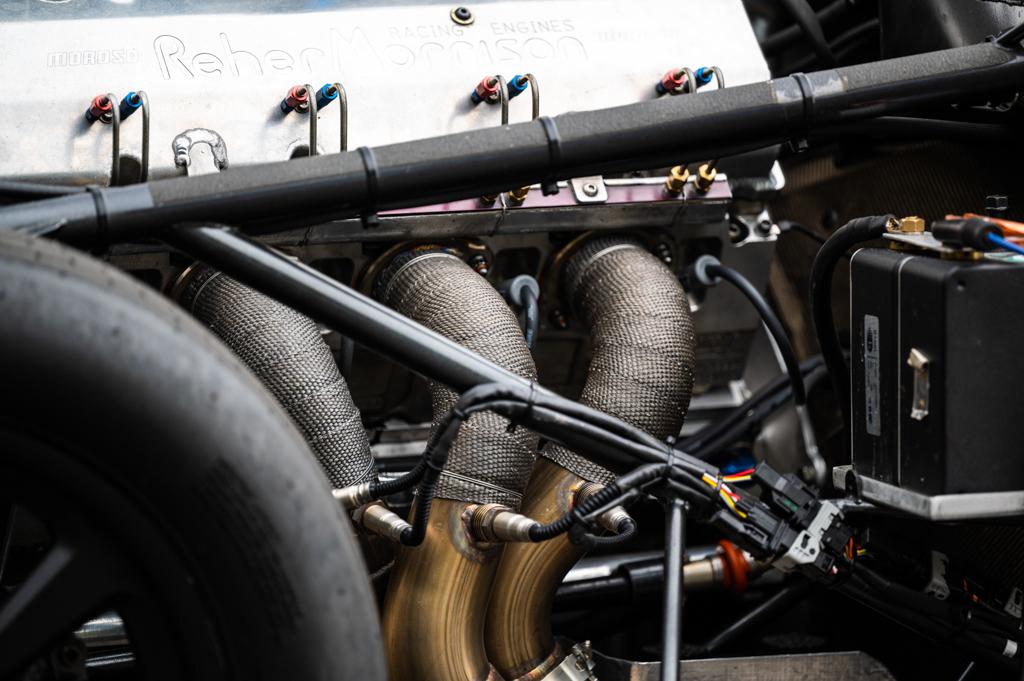 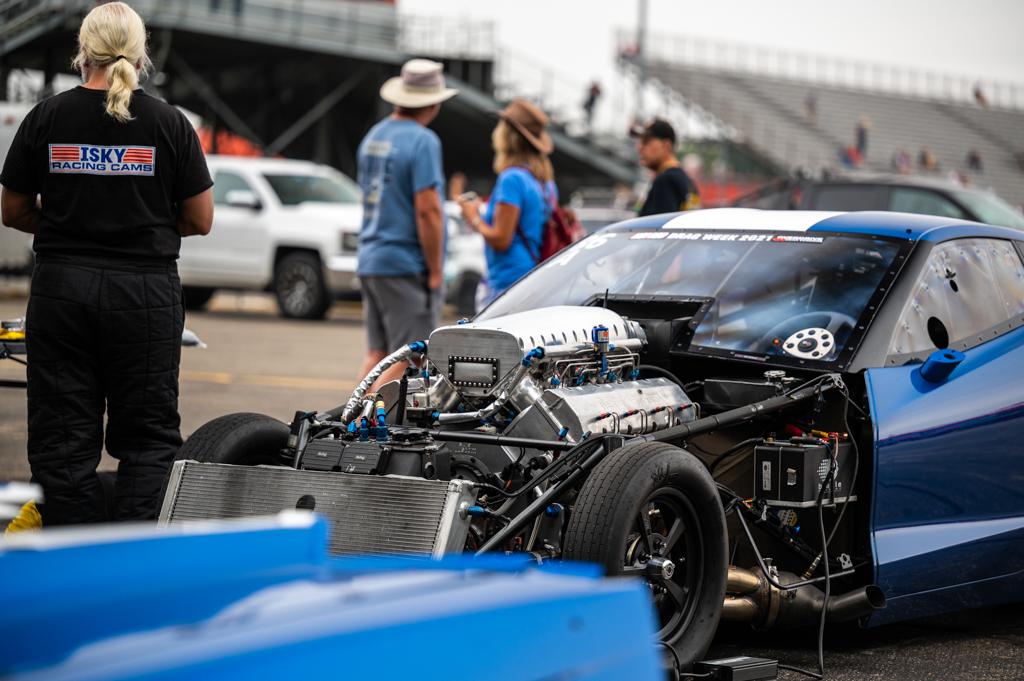 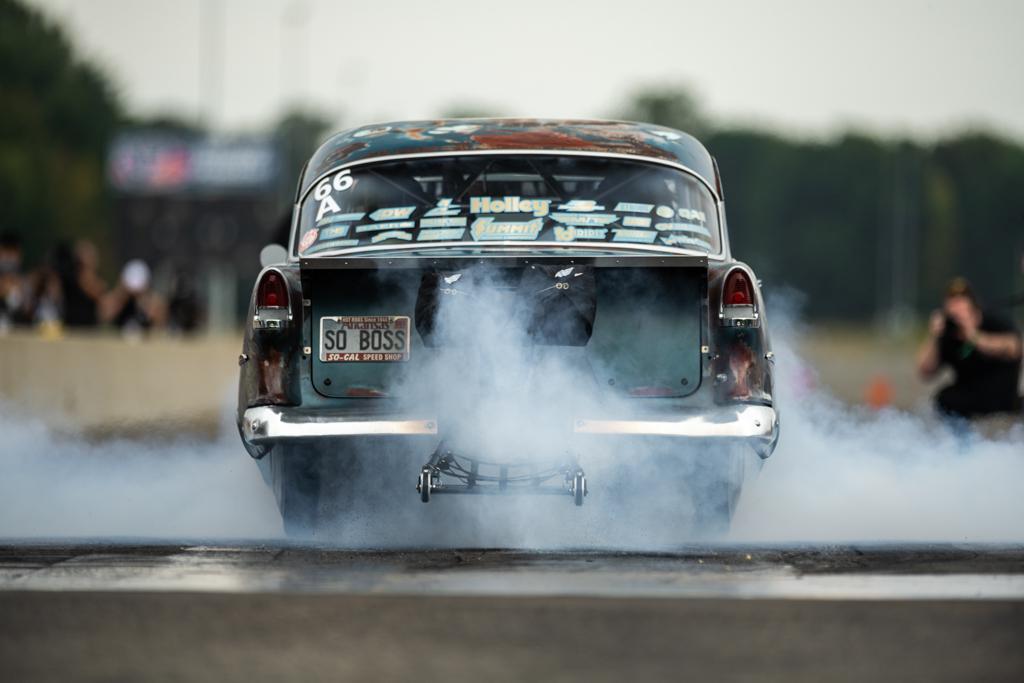 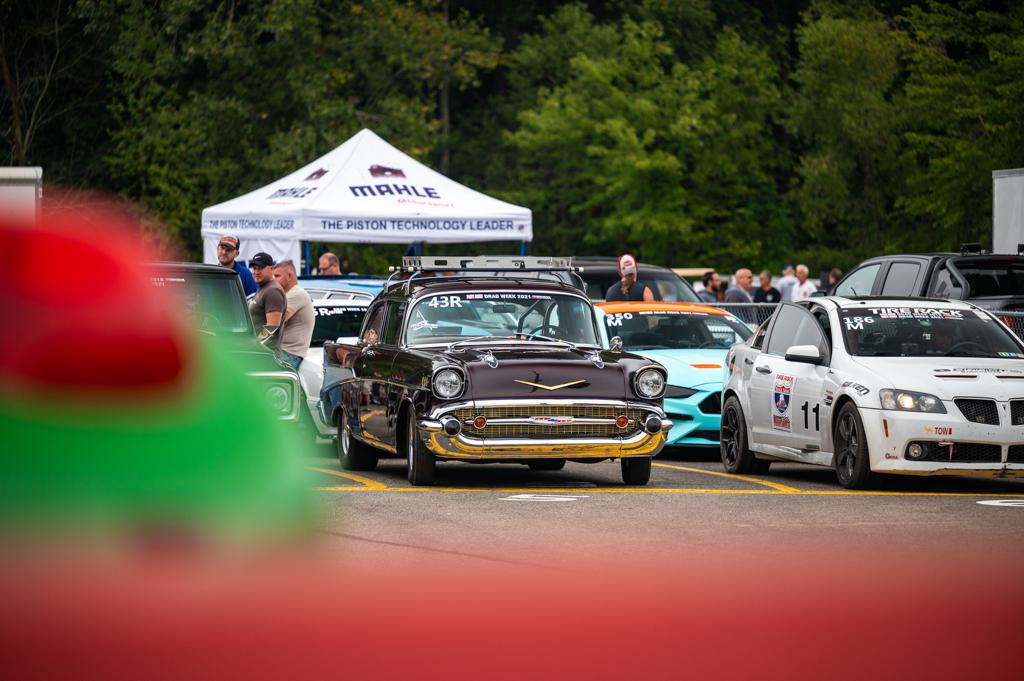 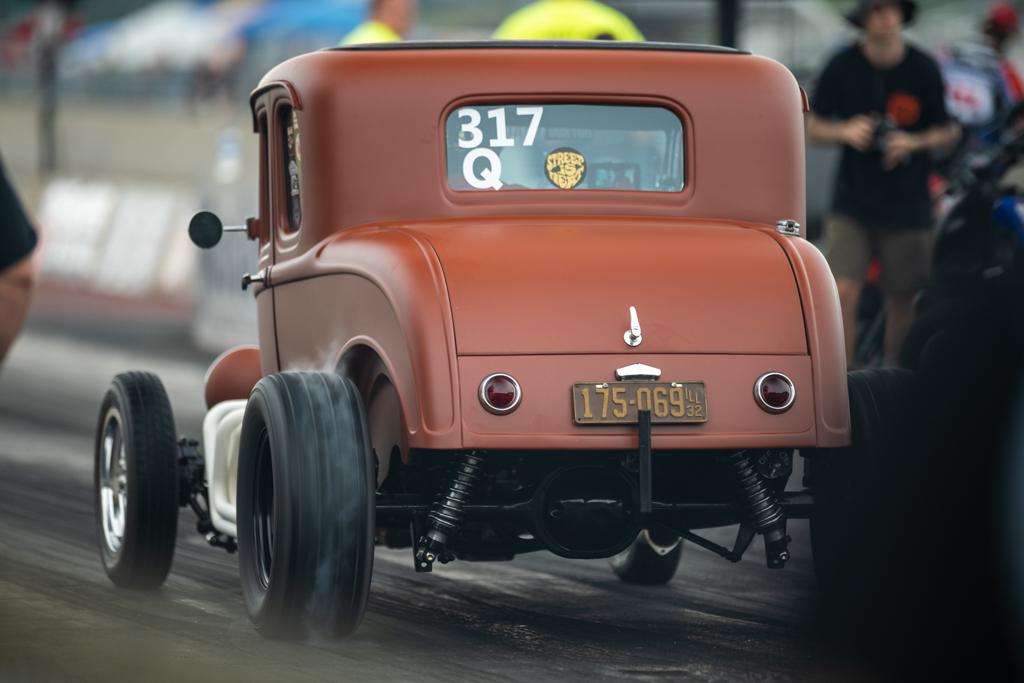 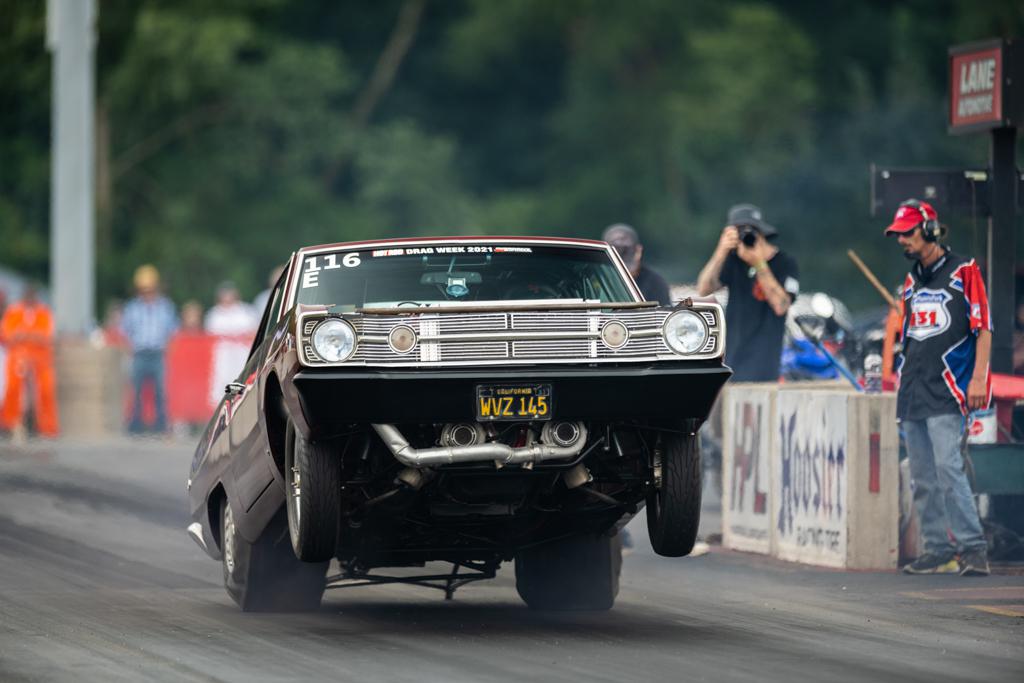 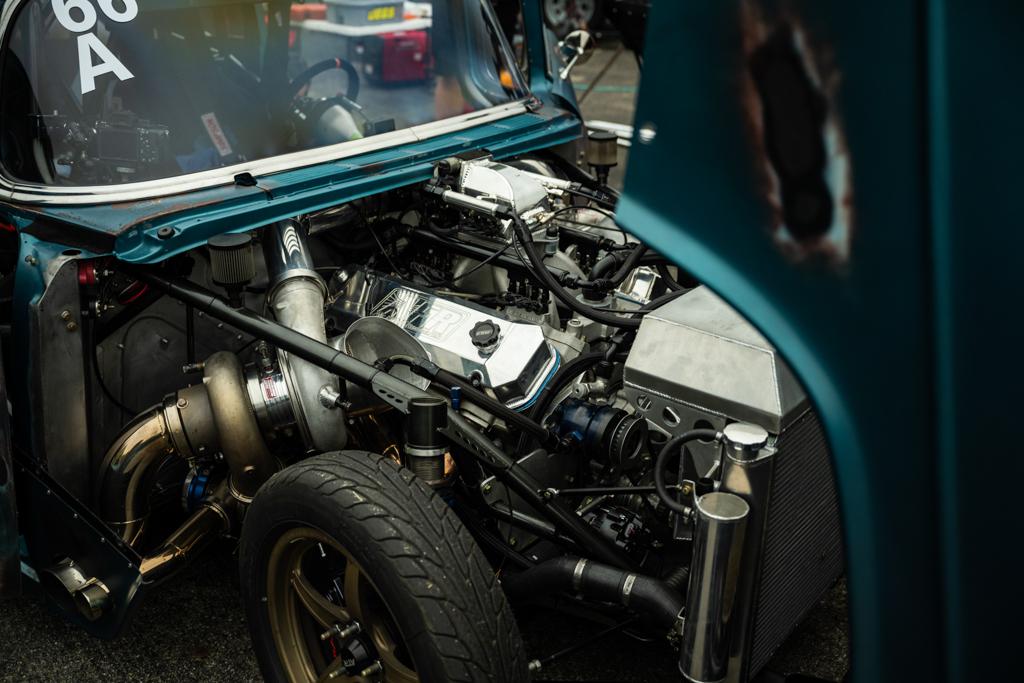 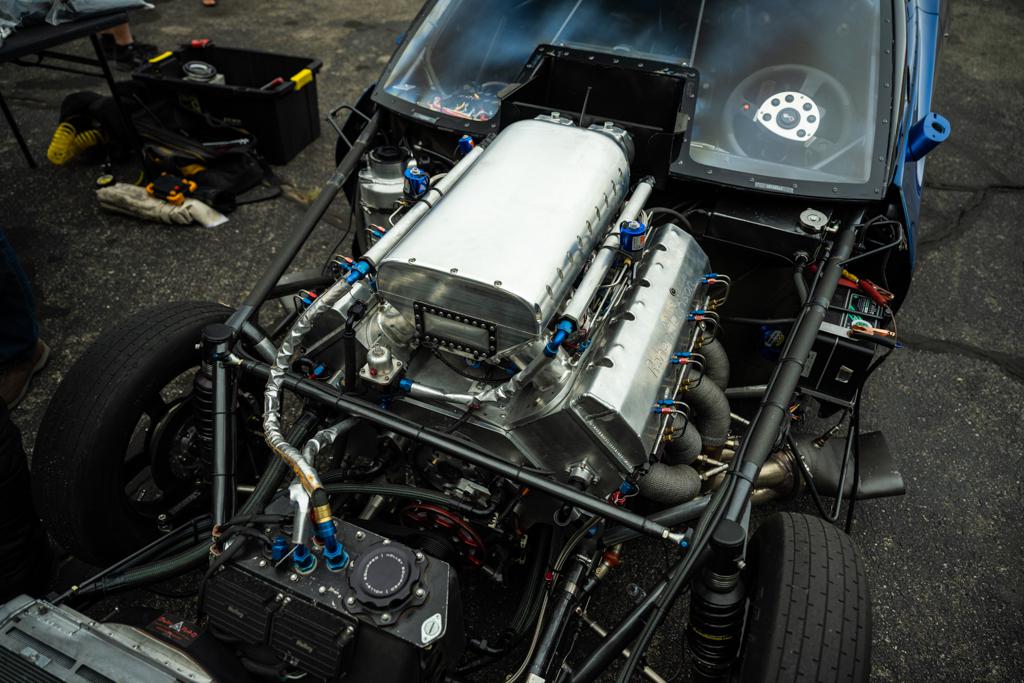 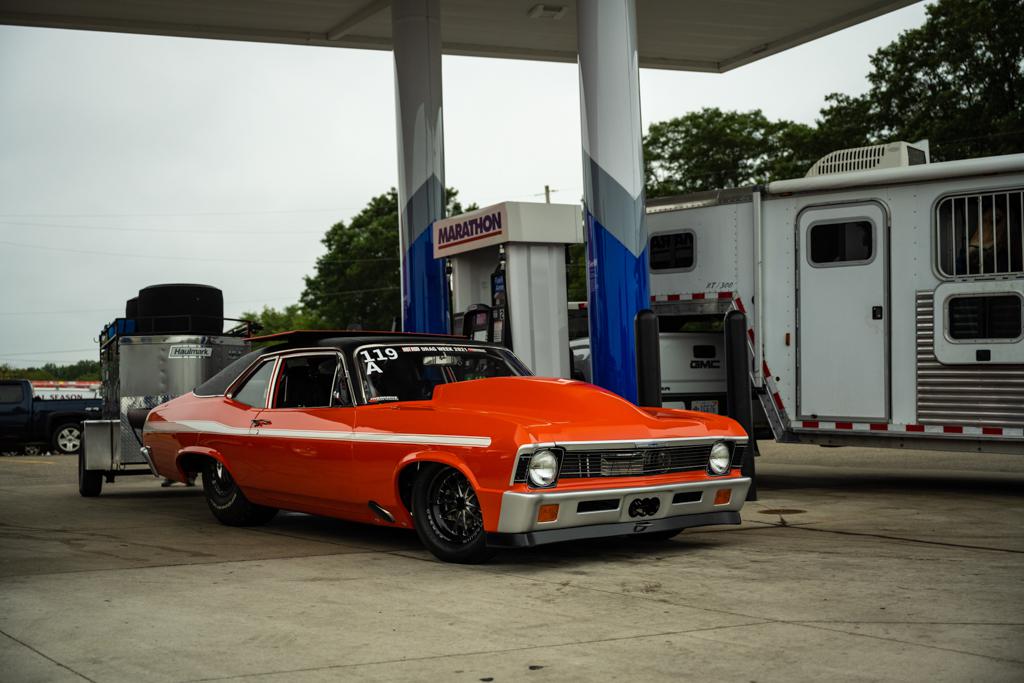 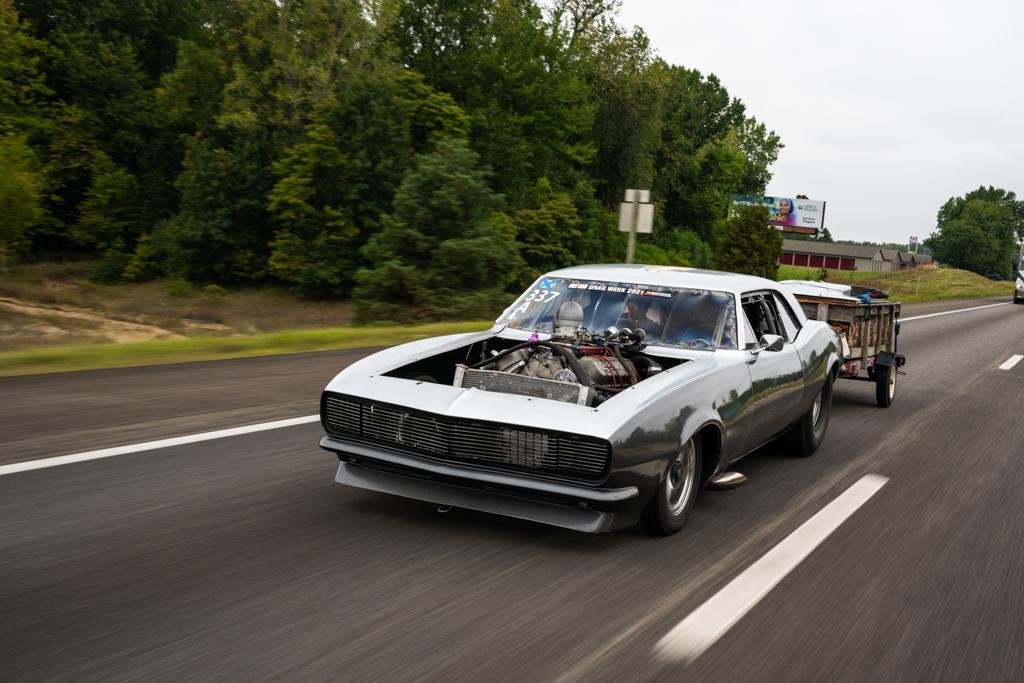 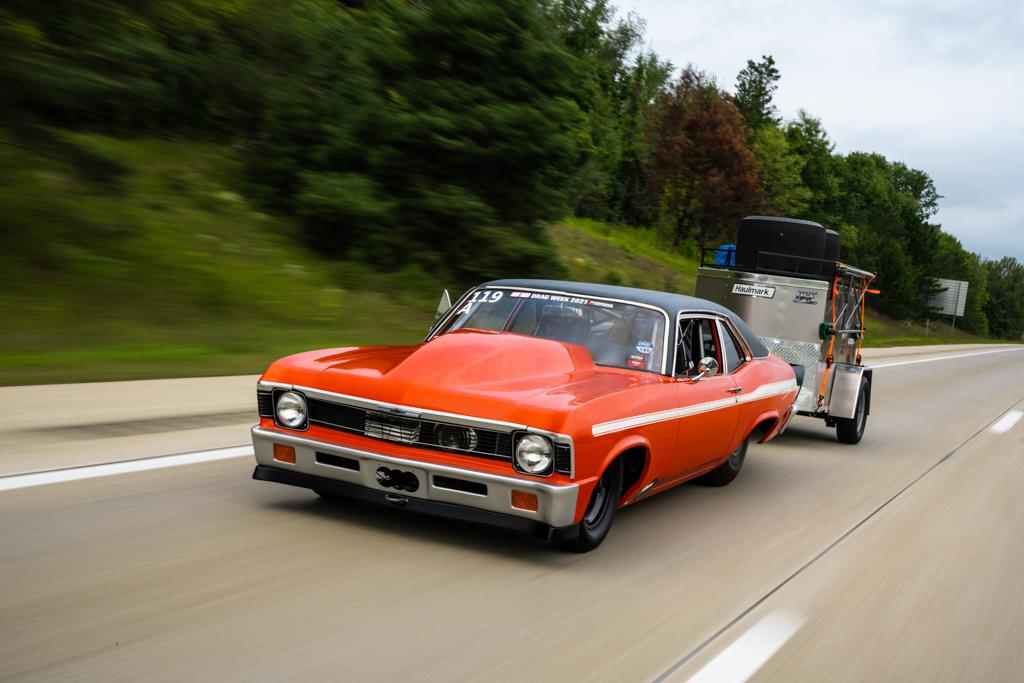 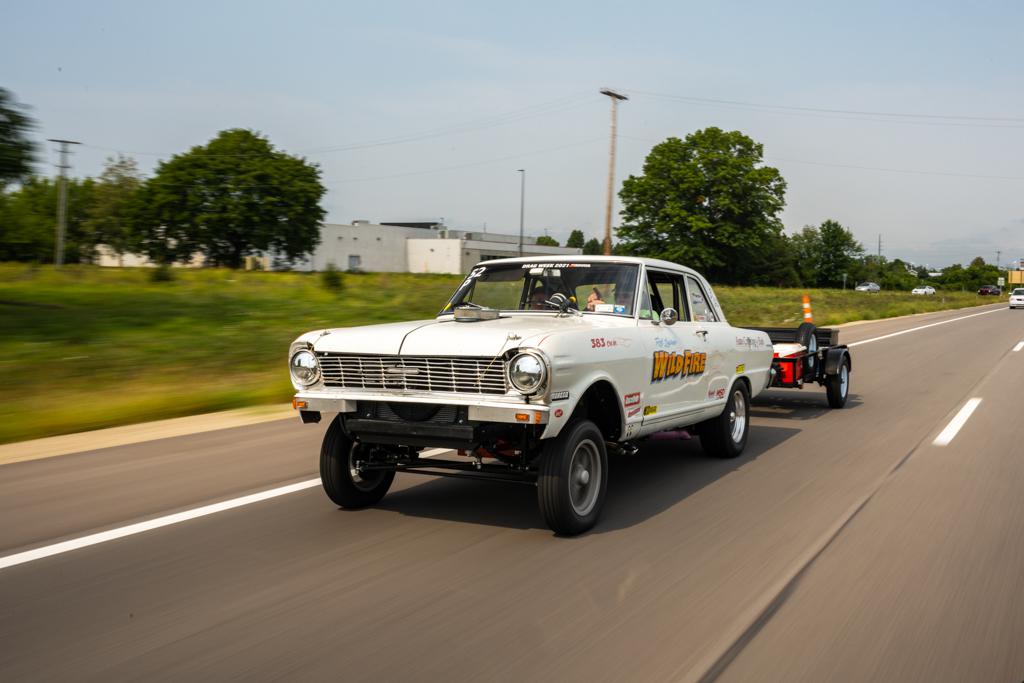 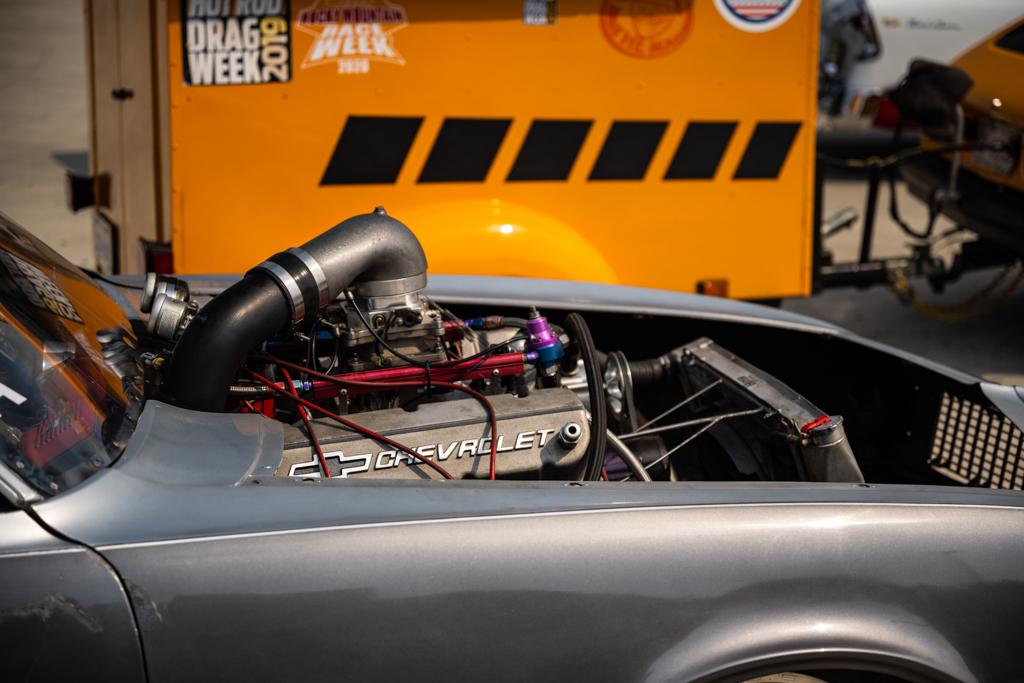 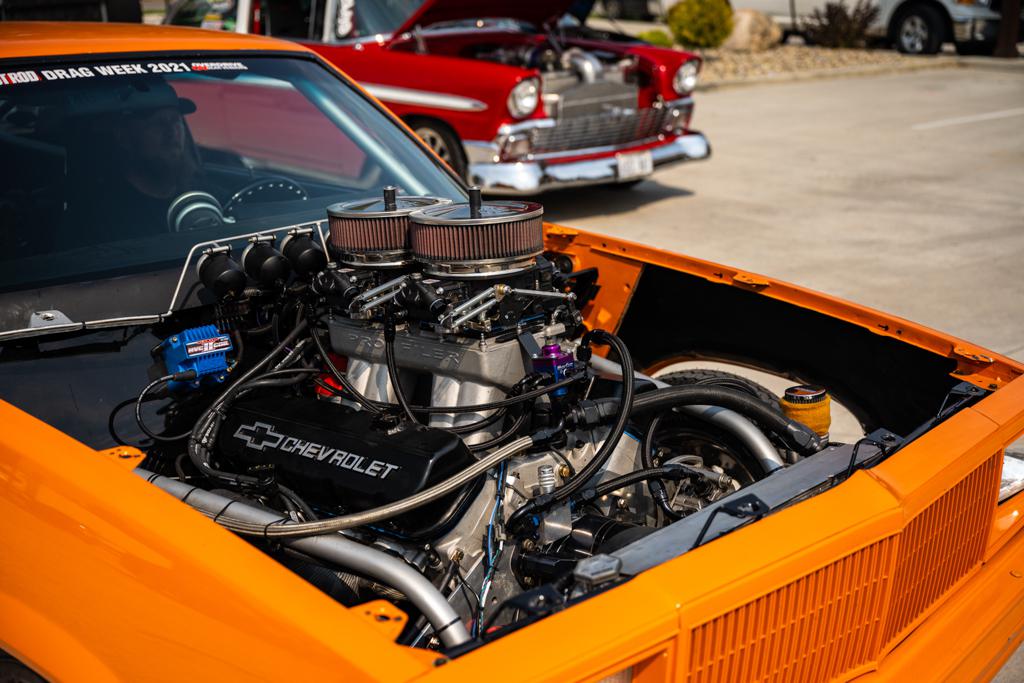 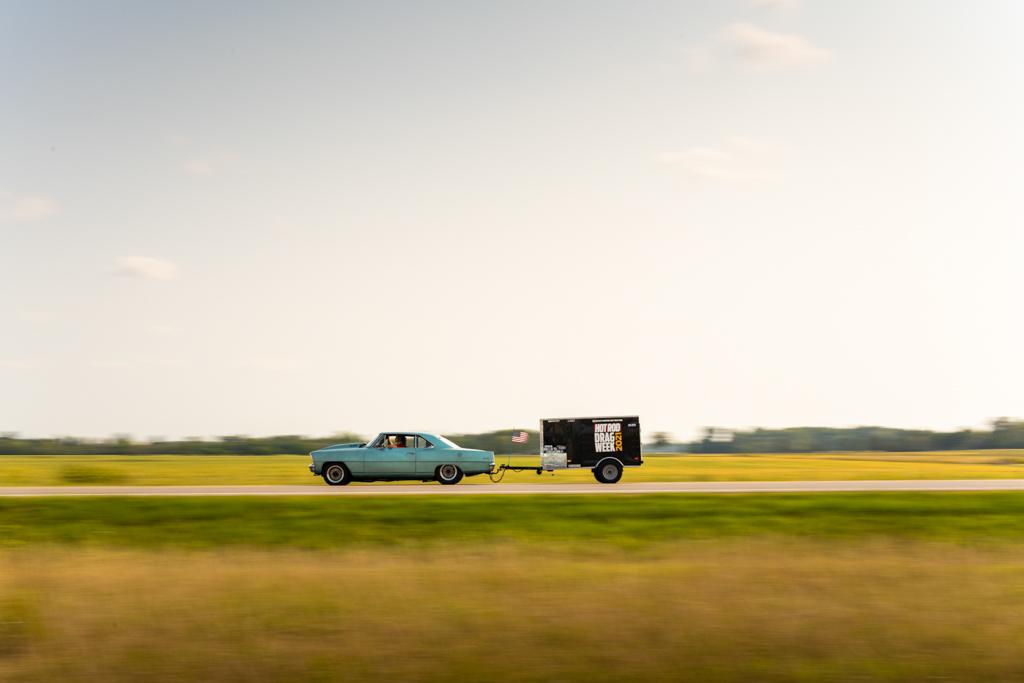 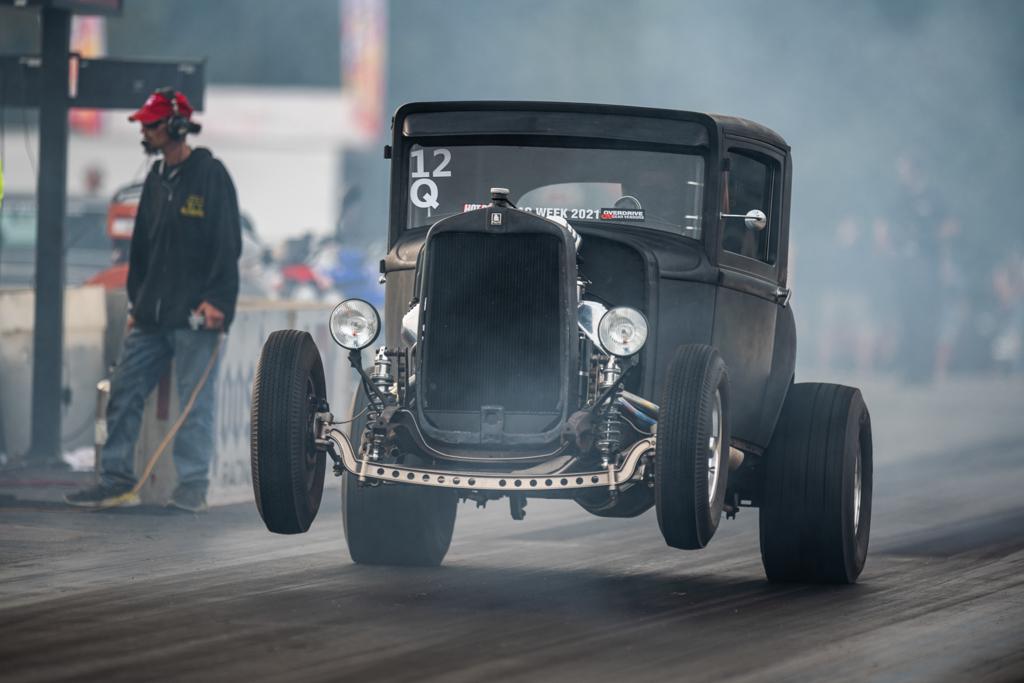 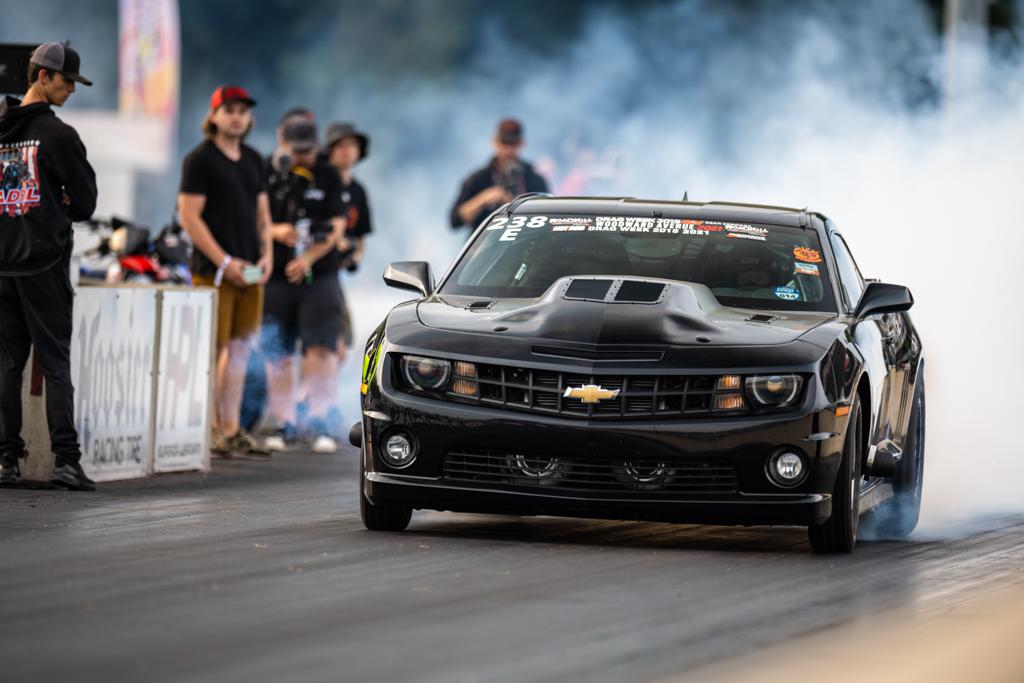